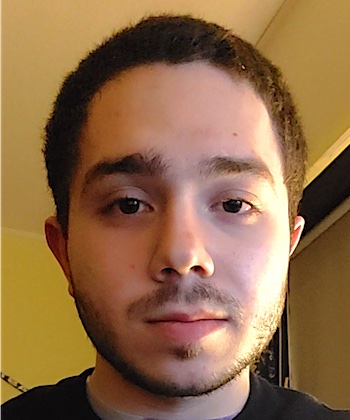 “Hi! I am Bruno and I come from Croatia, and my goosebump moment is the celebration at the 2018 World Cup finals in Croatia, Zagreb on the main Square. I really enjoyed being there. It was a very, very special moment for me. There were around 50k to 100k people there on the square and surrounding streets. And everybody was screaming, jumping, enjoying themselves even though we lost. It was just a really, really amazing experience. There were fireworks everywhere, and I did not know it was just really, really special for me. It really made me happy to see people there being happy with each other. Even though we lost we were really, really happy about everything that happened. So, yeah that’s my goosebump moment and yeah, that’s it.”

The delirium and celebrations that erupted on the night of July 11, 2018, in Croatia after the victory of their national team in the World Cup semifinals against England were recorded as earth tremors by local seismological instruments. This confirms that when it is said that “fans make the earth shake”, they are right.

Subsequently, the Croatian national soccer team traveled for more than five hours aboard an open bus from the Zagreb airport to the city center, accompanied by hundreds of thousands of fans who greeted them jubilantly as heroes after finishing runners-up in the Russia 2018 World Cup.

According to local police figures, more than half a million people took to the streets of Zagreb, a city of 800,000 inhabitants, to welcome the team led by Madrid’s Luka Modric.

The crowd flooded the streets in such a way that the bus with the players on board had to drive very slowly and for hours, which did not tire the players, who greeted the fans with fervor and enthusiasm.

A city dressed in red and white: without abandoning the euphoria despite the defeat in the World Cup final on Sunday against France (4-2), Zagreb welcomed the national soccer team, back in the country after the historic runner-up finish at Russia 2018.

“Raise your hands! Croaaaaaaaaatia!” a cheerleader shouts to the crowd as the players’ plane, escorted on entry into Croatian airspace by two Air Force Mig-21s, which flew over Jelacic Square, where tens of thousands of people gathered for hours, to get a close-up view of Luka Modric, Ivan Rakitic and company.

On screens set up at the site, fans were able to watch the team’s arrival on Croatian soil after their Russian adventure. After passing through a water arch prepared by the Franjo Tudjman airport fire department, the team disembarked.

On the screens, Modric is seen on the gangway of the plane and the crowd waiting for him in Zagreb’s central square celebrates. The cheerleader shouts “Luka…” and the rest ends with a thunderous “Modric!”. Ditto with “Mario… Mandzukic!” or “Dejan… Lovren!”.

More than 100,000 people gathered in the streets of central Zagreb on Monday to take part in the big welcome for the ‘Vatreni’, according to local press. Many waited for several hours, despite the heat. Transport was free throughout the day to facilitate the transfer of the fans.

Zagreb residents did not remember a street gathering of these dimensions since a demonstration against Tudjman in 1996 or since the return to the country of General Ante Gotovina, acquitted by the International Criminal Tribunal in The Hague in 2012 and considered by Croats as a hero of the war of independence against Serbian forces (1991-1995).

On the buildings of the Austro-Hungarian-style square, large Croatian flags were displayed, adding to the atmosphere of the great welcoming party. Children, the elderly, locals and even people from abroad: the atmosphere was festive, with the whole town celebrating, even though they were unable to acquire the final trophy.

More about Croatia in the 2018 World Cup Final: