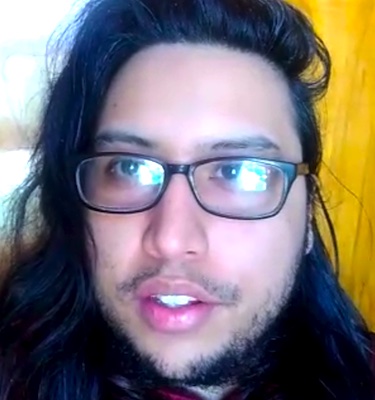 The dark portal in “World of Warcraft” – Gin’s goosebump moment

Gin: “I am from Peru and for me, my goosebump moment was in the year 2007 when the dark portal was launched in “World of Warcraft”. A very exciting memory to be with all the people who played in one place waiting for a single event between all and all the adventures that we were going to go through. I remember being with my friends that we were all prepared not to sleep that night and right at the moment at 12 o’clock when all those people touch at the same time going through the portal with the computers that practically did not support that and then the incredible cinematics that happened and arrived and went through and this whole new world of incredible experiences that we were going to live.”

The passion for “World of Warcraft”

“World of Warcraft” configures a universe that has grown over the last twenty years. What started out as a relatively simple game has grown into a vibrant and enduring world. A world that receives daily visits from millions of players from around the world and gives its fans goosebumps.

Since its inception, the world of Azeroth has existed thanks to the collaboration of hundreds of technicians, designers, artists and screenwriters. It is the product of many incredibly talented hands and passionate voices united in creating an intricate tangle of myths, legends, and global events that firmly contextualize the heroic exploits of the players who share this ever-expanding world.

What is “World of Warcraft” about?

As in other games, players control an avatar within a world in a third-person view by exploring the environment, battling various monsters and players, completing missions, and interacting with non-playable characters or other players. In this game, completing missions helps players level up and get equipment that later helps them fight the different creatures that appear on their way.

“World of Warcraft” requires the player to pay for a subscription, either by purchasing pre-selected game cards for a game time, or by using a credit or debit card to pay a regular fee. One of the peculiarities of “World of Warcraft” is that a player has access to twelve types of restricted classes according to the race that is selected.

In addition to the difference between each class, they can choose a branch of talents from a total of three, increasing the difference between them. There are also classes and roles, and the so-called healers that are responsible for curing and keeping all the players in the group alive, especially the tank.

There are also DPS that are responsible for hitting the enemy and lowering their life until they are defeated. Among the best-known classes in the game are the warrior, the priest, the Paladin, the magician, the shaman, the sorcerer, the rogue, the hunter and the death knight.

“World of Warcraft” was universally acclaimed by critics after its release, being preceded by a period of great expectations before its release. Although the game follows a similar model to others in the genre and uses concepts from role-playing games, the new proposals to reduce the pauses between encounters, combat, the character system, the sound and in particular the background music were well received.

“World of Warcraft” won several awards upon its release, including Editor’s Choice awards. In addition, it won several annual media awards, being described as the best role-playing video game. Graphics and sound also received a mention at the annual awards, especially the cartoon style and sound in general. In addition, the game received the award for best entertainment product for Mac OS X at the Apple Design Awards in 2005. Finally, “World of Warcraft” was recognised at the Spike TV awards of 2005 as the best PC game, best multiplayer game, best RPG and most addictive game.

In 2008, “World of Warcraft” was honoured (along with Neverwinter Nights and Ever Quest) at the 59th Technology and Engineering Emmy Awards for its advancement. Game Informer ranked “World of Warcraft” 11th on its list of the best two hundred games of all time. The expansion “Wrath of the Lich King” received the award for Best Video Game in the category of companies granted by the contest imagine in its edition of 2009.

How did the game develop?

“World of Warcraft” was first announced by Blizzard at the European Computer Trade Show in September 2001. Development took about 4-5 years and included an extensive testing period. The 3D graphics used elements from the “Warcraft III: Reign of Chaos” game engine.

The game was designed as an open environment where players could do whatever they wanted. This game works natively on both Apple and Windows computers. The boxed game uses a hybrid CD to install it. Players can play together regardless of the operating system and there is no official version for any other operating system.

More about “World of Warcraft”: