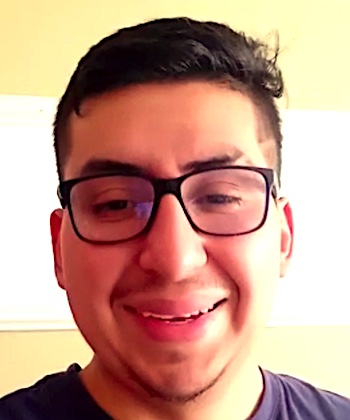 “Hi! My name is Nick Avila and I am from United States. My goosebump moment was when I was 10 years old and I won this Halloween costume contest. It was about performances, we had to do three acts and my costume was dressing up as an old man. For my acts I did, for one I did, I took some candy pills and showed up and then said “Oh I got to take my meds”. For the second one, I took a cane and was like “Oh my back hurts.” And for my last one, I think, oh yeah, there was also three judges, it was not just community, it was judges based. So, for my last one I took a newspaper and was like “I got to read my newspaper whippersnappers.”

The tradition of Halloween costumes

Every year the spirit of Halloween takes hold of everyone equally, although the holiday is especially popular among children, who often wear scary costumes of all kinds for traditional Halloween trick-or-treating.

The tradition of making the famous “Halloween costumes” during that night is relatively recent. Today, groups of costumed children roam the streets with their jack-o-lantern pumpkins and storm their neighbors’ homes with the unanimous cry “trick or treat.”

But also, according to some historians, the custom of wearing disguises has another very different origin, going back to medieval and ancient times. In the Middle Ages some bandits took advantage and committed misdeeds disguised and covered with terrible masks, spreading the rumor among the peasants that the spirits were the culprits. The credulity of the people contributed to the growth of the myth and of the number of outlaws who used masks to commit outrages.

Nowadays the fact of disguising oneself is totally festive, the symbol of a transformation not only of the body, but also of the spirit. As it happens with Carnival, on Halloween the costume is a kind of talisman against death, so that it passes by.

By the mid-19th century annual fall festivities were common but Halloween was not yet celebrated nationwide. This began to become more widespread with the arrival of new Irish immigrants in the second half of the century.

At that time, Americans began to dress up in costumes and go house to house asking for food or money, a practice that later became what we know today as trick-or-treating. The same thing that millions of children around the world will do on the night of October 31.

Fortunately, not everything is fear and terror on Halloween night. With time and because children also started to join in this celebration, Halloween costumes have undergone some alterations.

There are still costumes of witches, ghosts, Frankenstein, mummies, headless men, etc., but animal costumes, fairies, and other good characters were added. At the end of the day, the idea is to let children’s imagination run wild through costumes.

Origins of the Halloween celebration

Halloween is a pagan holiday celebrated on the night of October 31 and has its origins in the ancient Celtic festival known as Samhain, which means “end of summer” and coincides with the autumn solstice.

According to the belief during that night the spirits of the dead walked among the living, so sacred rites were performed including communication with the deceased.

The word derives from the contraction of the Scottish “All Hallowsʼ Eve”, which in Spanish means “Víspera de Todos los Muertos”.

Being a mainly Celtic tradition, it is celebrated in Anglo-Saxon countries such as Ireland, Canada, Australia, England, and the United States.