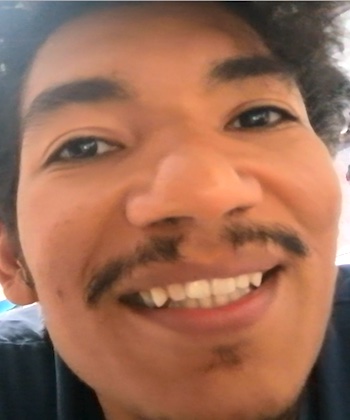 The first guest at our hostel

“Hello! My name is Kevin I come from Panama. My goosebump moment is the moment when we opened our hostel in Nicaragua for the first time. So, we worked with volunteers from all over the world and people from the community by the beach in Nicaragua. It was an eco-hostel made from organic and recycled materials. And the very first guest that actually wanted to stay with us and they believed in the idea and they wanted to stay, even though we were not finished yet. That was the moment that I realized that “wow the dream came true”. We finally had a party and opened up the doors, the dorms were open and also the suites and people were surfing and, you know, doing yoga by the beach. We also had a restaurant and a bar. So, everything came to fruition at the end and that was the best moment of my life. Yeah! Thank you.”

The experience offered by hostels

The possibility of meeting all kinds of people who come from all over the world, listening to amazing stories, making more friends and learning about new cultures for many people becomes a dream made possible through going to hostels.

A hostel is the best experience that we can live when it comes to staying somewhere because it goes beyond offering you a place to sleep. In it you can live an unforgettable experience, which we surely want to repeat as many times as possible, either as hosts or as travelers.

That is why more and more people are increasingly seeking to build or stay in ecological hotels, in total communion with nature. The planet also asks us: sustainability has become an obligation.

The incredible green landscapes and beaches have become the perfect destination to build eco-hostels, with sophisticated modern interiors and natural materials such as stone, wood and palm, where you can also taste favorite dishes using the freshest ingredients.

Hostels started appearing started 150 years ago in Germany and today they have become an economic alternative and a multicultural experience when traveling because they generate the emotion of not knowing with whom you will end up sharing a beer at night, or a coffee in the morning. They give you the opportunity to meet different people with whom you would never share on a day-to-day basis.

The characteristics proposed by a hostel are linked to the type of traveler who arrives at a destination. From the low economic budget that it offers, to the cultural exchange both with other foreigners and with locals.

A hotel compared to a hostel differs in the fact that the hotel is a more individual and private space, where there is no opportunity to share with others as in the hostel where most of its areas are communal.

There is no exclusive group of people who stay in hostels while traveling. Most of the guests are obviously budget-conscious travelers, backpackers, students, digital nomads, and under-35s taking a gap year. But the fact that many hostels are now as luxurious and elegant as hotels means that more and more people are getting used to this style of travel.

How were hostels born?

The idea behind the conception of the youth hostel belongs to one man: Richard Schirrmann. A German school teacher who felt that it was necessary for his students to stay and have a place to spend the night so that they could see new things and have new experiences outside the classroom.

He believed that one learns by observing and tried to realize his dream in 1909 when he began to find and provide accommodation for his students in inns, farms and the like.

The first youth hostel was opened at Schirrman’s own school in Altena, Westphalia, after which it was replaced by a permanent hostel at Altena Castle. Schirrmann founded the German Youth Hostel Association in 1919.

By then, the youth hostel idea has spread far and wide, everywhere in Europe and beyond. Later, in 1932, a formal organization called the International Federation of Youth Hostels was founded in Amsterdam, consisting of youth hostels from Switzerland, Germany, Poland, the Netherlands, Norway, Great Britain, Ireland, France, Czechoslovakia, Denmark and Belgium, under the leadership of Richard Schirrmann, who became its president in 1933.

The objective of these old youth hostels was for young people to find cheap accommodation in exchange for some money and a helping hand with the housework.

These hostels were said to build character and a sense of independence, as the young people who stayed in them had the opportunity to see how other people lived, as well as help with the work.