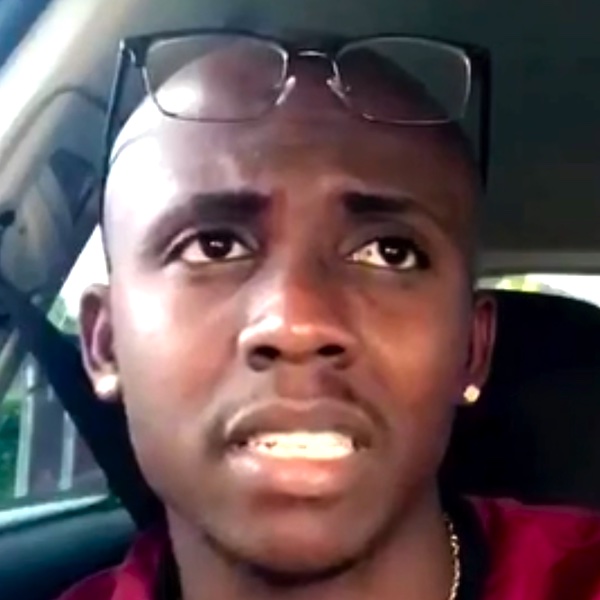 Elskamp: “I’m from Suriname. My GoosebumpMoment was from the “Peaky Blinders” series. The part where they shot John Shelby was the saddest and a GoosebumpMoment for me because he was one of the best of his brothers and I think the whole world who was watching this series felt that moment too. That was my GoosebumpsMoment.”

John’s death, one of the most shocking in “Peaky Blinders”

“Peaky Blinders” is a simply sensational series. From the first chapter it manages to capture your attention. Its excellent recreation of the 20s makes it the series with the best scenery, not to mention the great character development.

While many die suddenly, the death of John, one of the three main brothers (in an ambush led by the Changrettas), was the moment when viewers realised that this series was willing to kill the main team. Without a doubt, his death was enough to shake up the series and stun its entire audience.

“Peaky Blinders”: One of the best series in recent years

Since its premiere in 2013, the Netflix series “Peaky Blinders”, starring Tom Shelby (Cillian Murphy), has been a resounding success with fans and critics.

The fiction series created by Steven Knight tells the story of a gang of mobsters from Birmingham. It premiered on the British channel BBC Two and didn’t make a big splash in the first few episodes.

However, it has managed to reap, in a staggered way, a solid fan base around the world. Today, it has nothing to envy other hits like “Game of Thrones” or “Breaking Bad”.

Peaky Blinders: The real gang that inspired the series

As fans of the series already know, the Peaky Blinders really existed and were an urban gang dedicated to crime in the town of Birminham. Although the series is set after World War I, the gang’s origins actually date back to the second half of the 19th century.

There are several versions about the origin of the name: one of them affirms that it comes from the way in which the cap was placed where the visor (Peak) “blinded” them, by covering their eyes (“blinders”). According to another version inside the visors of their caps they hid knives with which they “blinded” their victims. However, many do not believe in this version, as knives were very expensive at that time.

Both in the series and in reality, the Peaky Blinders were renowned for their clothing, which consisted of the traditional caps, trench coats and baggy pants. The women of the gang members were also recognized for wearing pearls and striking silk scarves on their necks. The gang was famous for their fights between their own members and other gangs, and, especially, their violence against the police.

Unlike the series, where the Shelby family reaches great power within the city, the real Peaky Blinders did not have much prestige and were mainly in charge of robberies and gambling. Most of its members were very young and some were even children. “They were simple thugs from poor neighbourhoods. Although some of them were also petty criminals, most had jobs and did not belong to a gang whose high-level gangsters businesses allowed him to earn a living”, says Carl Chinn in his book “Peaky Blinders: The True Story.”

Although the series has slight historical variations, it does feature characters that actually existed. One of them is Billy Kimber, leader of the Birminham Boys gang who in the series was played by Charlie Creed-Miles. In reality, Kimber died in a nursing home, something very different from what happens in the series (we do not tell you so as not to spoil it). Another reality character we saw portrayed in the series was Charles Sabini, a bookmaker of Italian descent who was played by Noah Taylor.

What happened to the Peaky Blinders?

The decline of the Peaky Blinders came with World War I, as several of its members ended up joining the army. Thanks to the toughening of sentences, as well as the help of the civilian population to the police to catch them, the Peaky Blinders lost strength in Birminham and had fewer and fewer members. Similarly, alternatives for Pero emerged, as evidenced by the series that bears his name, and his legacy endures.