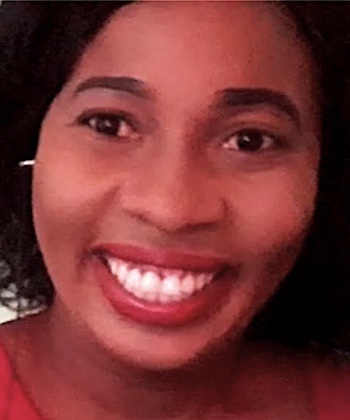 Grace: “Hello. I come from Zambia. My goosebump moment was when I was invited to the World Youth Forum in Egypt. That was my first flight experience. I had always imagined being on a plane, it just exceeded my expectations. I loved everything about that flight. I have traveled several times after that by plane, but nothing surpasses that experience. I loved it. Thank you.”

Traveling by plane for the first time

Although traveling by plane has always been one of the biggest dreams of human beings, many travellers are nervous before taking a plane ride. But the excitement of the first flight does not compare and gives many of us goosebumps.

Yes, traveling by plane for the first time can be an overwhelming experience because every airport is a different world and surely one night before flying you will start to feel butterflies in your stomach that won’t let you sleep. However, do not be afraid to fly by plane, because once you take your first flight, your fear will disappear.

During the 1890s, brothers Wilbur and Orville Wright became interested in the world of aviation, especially with the idea of making and flying a heavier-than-air aircraft that could take off under its own power. At that time, they both managed a bicycle factory in Dayton (Ohio, USA), and began to read and study books and documents related to aviation with great interest.

Following Lilienthal’s advice, in 1899 they began to manufacture gliders. At the end of the century, they began to make their first successful flights with their prototypes, in Kitty Hawk (North Carolina), a place chosen because in that area they could find constant winds, which also blew in the same direction, thus facilitating glider flights. In addition to that, the area had flat ground, which made landings easier.

After several tests and flights with gliders, the Wrights decided in 1902 to start making heavier-than-air aircraft. They became the first team of designers to carry out serious tests to try to solve aerodynamic, control and power problems, which affected all aircrafts manufactured at that time.

For successful flight, engine power and control of the aircraft would be essential, and at the same time the aircraft needed to be well controlled. The tests were difficult, but the Wrights persevered. At the same time, they built an engine with the desired power and solved the flight control problems through a technique called aileron, not used a lot in the history of aviation, but which worked at the low speeds at which the plane would fly.

The airplane that the Wright brothers built was a biplane that they called Flyer. The pilot lay on the lower wing of the plane, while the engine was located on the right side of the plane and turned two propellers located between the wings.

How safe are we in airplanes?

You have probably heard that flying is safer than driving a car. It is a fact that there are more car accidents than air accidents. But there is room for doubt, especially when we remember that an airplane defies gravity and then spends hours in the air at 9,000 meters high, while a car stays with its four wheels stuck to the tarmac.

Today’s airplanes are some of the safest machines ever created and are designed to keep going, even if things go wrong.

A plane like the Boeing 747 has four engines, but is capable of landing with just one in the unlikely event that the other three fail.

That is just one of the examples of clever aeronautical engineering that the BBC found when visiting the people who make sure you have a good flight from takeoff to landing.

For some, boarding an airplane is almost an act of faith. However, there are numerous systems that take care of us while we are in the air.

More about the first flight experience: