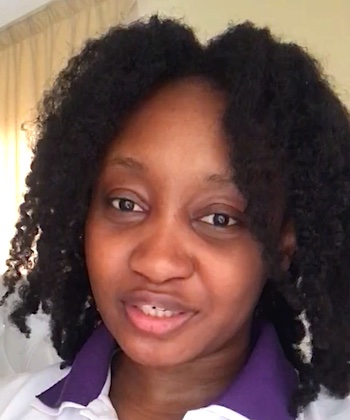 The Great Wall of China

“Hello! I am Anita and I am from Botswana. My goosebump moment is the first time visiting the Great Wall of China. So, I have a list of places I would like to visit, but at the time I did not have a job that could help me get there. Fast forward to today, I have a job and I managed to go visit the Great Wall. So, when I got there, it was amazing to see how many people were there. The movies do not prepare you for how long the wall is, the amount of walking you have to do, and how many people, especially tourists go and visit the place. Aside from that, it is beautiful. It is an amazing view, and it is just shocking to see how many people go there every year just to visit it despite the circumstances. It is a really beautiful place to go see and I highly recommend that everybody just try it out. Again, the movies don’t prepare you for what a beautiful site it is, but it is amazing!”

How was the Great Wall built?

To build it, slave labor was used. Its construction caused so many deaths that it gained the fame of being the largest cemetery in the world. Rumor said that the mortal remains of the slaves had been used as building material, but research has disproved this myth.

If we think about the walls, the average height of the Chinese Wall is about 7 meters, while its towers can be around 12 meters. These measures vary according to the section.

The construction materials of the Chinese Wall vary according to the stage. At first, dirt or gravel packed in layers was used. Later, branches, rocks, bricks and mortar made with rice flour were included.

The rocks used to be of local origin. Therefore, in some regions limestone was used. In others, granite was used, and in others, stones with a certain metal content were used that gave the wall a shiny appearance.

The bricks were self-made. The Chinese had their own kilns to bake them, and their artisans often carved their names into them.

The workers carried most of the stones and bricks up the mountains on their shoulders or backs. Bamboo baskets were used for soil, loose stone, and lime mortar.

Human chains were also used to pass the blocks and baskets. Alignment on narrow mountain paths was more efficient than walking back and forth.

The Great Wall project itself reached 8,851.8 km in length, which was carried out by the Ming dynasty. This figure includes the old sections that were rebuilt and seven thousand new kilometers.

Conceived as a defensive complex, the Great Wall crosses deserts, cliffs, rivers and mountains over two thousand meters high. It is divided into various sections and takes advantage of topographical accidents as a natural extension of its walls.

It was built to protect the northern border of the Chinese Empire during successive imperial dynasties from attacks by Xiongnu nomads from Mongolia and Manchuria.

According to official sources, the Great Wall of China reaches a total of 21,196 km. This measurement includes the perimeter of all walls that ever existed and the connected paths.

Today, while parts north of Beijing and near tourist centers have been preserved and even rebuilt, the wall is in poor condition in many places. The missing parts have served as a stone quarry in the reconstruction of houses and roads.

More about the Great Wall of China: