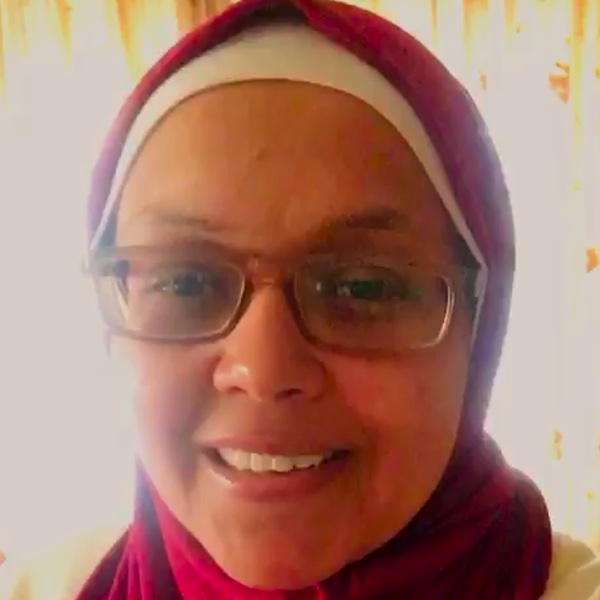 Ala: “Hello all this is me Ala from Jordan. I’m here to share with you all my GoosebumpMoment. My GoosebumpMoment is an emotional inspirational video of the comedian Steve Harvey. In this four minutes long video, Steve talked about his beginning in comedy at the age of 27 and the challenges he faced, starting from living in his car for three years. Then when he felt depressed he called his father asking him to let him come back home and his dad said “NO”. Then he talked about other details like his bathing routine in hotels. Actually, these details were very touching and impressive. On the other hand, he talked about the opportunities that came to him, and made him a star in comedy shows. I recommend you all to watch this video, it will definitely change your way of looking at things, and it will make your day. Thanks.”

An incredible story about overcoming

Behind African-American comedian Steve Harvey is a story of struggle and self-improvement that inspires us to fight for our dreams. He went from being discriminated against, starving and living on the streets, to having an empire valued at $ 100 million and owning three Emmys.

A moment that gives us Goosebumps is a video in which Harvey highlights the power of self-belief. He teaches us that our worst moments are when we can gain the strength to move on or give it all up.

Who is Steve Harvey?

Broderick Stephen “Steve” Harvey was born in Welch, West Virginia, on January 17, 1957. Son of Jesse Harvey, a coal miner and Eloise, a housewife, he dreamed of following the path of his idol Bill Cosby ever since he was a child.

But without contacts or a clear idea of ​​how to get into show business, he worked as an insurance salesman, a frustrated boxer, a carpet cleaner, and even a postman.

His beginning in showbizz was through standup in the 80s. At that time he lived on the streets of Cleveland and worked tirelessly in hotel bars and small theaters.

In 1985 he appeared for the first time in front of an audience and that night he won the comedy contest. The next day he left sales to pursue his dream. This cost him his marriage. He had to pay 75% of his paltry income to his ex-wife and his two daughters.

The 50 dollars that he had left weren’t enough to rent an apartment, so he lived in his car, a 1976 Ford, when he did not perform shows that provided him with a hotel. He showered at gas stations and went to bed after eating a sandwich or, many times, without having had anything to eat.

There were three years in which the word luck seemed like a joke, until in 1993 he could begin his frantic career in show business because of a performance in “Showtime at the Apollo”. His comedy career has not been exempt from the occasional drinking scandal, while his manager was fighting to improve Harvey’s charisma.

In 2012, he presented his last standup show in Las Vegas, thus ending a 27-year career as a live comedian, but since then he has had positions to spare. He is the host of the most listened to morning radio show in Los Angeles, ‘King of comedy’, which airs on several North American stations, and has been a multiple-time Grammy nominee.

But his big move has been the humor programs to collect funds for the benefit of those in need. On television, he is one of the best-known faces in America as host of the “Family Feud” show, the talk show “The Steve Harvey Morning Show” and the variety space “Little Big Shots”.

He has hosted galas such as the Hoodie Awards, the Essence Awards, the B.E.T.’s Celebration of Gospel, and the B.E.T. Awards. He is also a national spokesperson for GMC’s Burger King and Yukon Denali. Hence, the Miss Universe organization chose him in 2015 as the master of ceremonies for the election and coronation gala, replacing the serious Thomas Roberts, who did his job very well the year before that.

He also dabbled in music with his album “Down South Somewhere” in 1997, but to no avail. Although he does not stay quiet in business matters because he even has his own clothing brand.

Other facets of Steve Harvey

Harvey is passionate about the study of interpersonal relationships. This is demonstrated in his book “Act Like a Lady, Think Like a Man”, a best seller in which he teaches how to succeed and obtain what you have always wanted using your natural talent. It inspired two blockbuster romantic comedies, “Think Like a Man” and “Think Like a Man Too,” which build on the advice he gives in his message to improve relationships between men and women.

“Women should listen to what Steve Harvey says when he talks about being a good man. It provides a ton of fabulous information about men. Much more than an ordinary man is willing to confess”, says soul singer Aretha Franklin.

His interest in the subject goes to the point of being a motivator. In 2008 he hosted the Academy Disney Dreamers, a personal and professional enrichment event for young people, at the Walt Disney World Resort in Lake Buena Vista, Florida. And he even launched the dating website, ‘Delightful’ to help women become more dateable, in 2014.