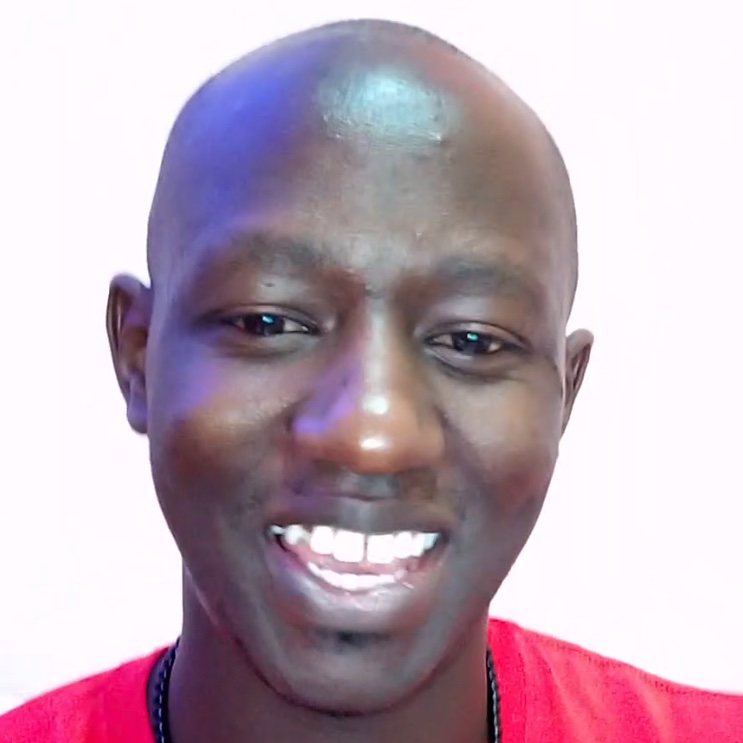 Michael: “My name is Michael and my goosebump moment has to come from the movie “Avengers: Endgame”. Particularly the scene where Captain America, who is played by Chris Evans obviously, is standing alone holding his broken shield ready to fight Thanos and his army of villains. I remember feeling like all hope was lost, just like I felt when I was watching “Avengers: Infinity War” when Thanos had snapped his fingers and annihilated half of the world’s population. My hope was suddenly restored when I heard Captain hears something on his left and then I saw an orange portal open up and I saw Falcon fly just passed Captain America and then other portals started opening up and everyone showed up to help fight Thanos. I remember I was just crying and holding my sister’s hand and it felt so good. I was just filled with emotions and it felt like this was an uplifting moment. That has to be my goosebump moment. I can clearly recall that. Thank you, thank you, thank you.”

Almost two years after its premiere on the big screen, “Avengers: Endgame” is still leaving an important mark on the history of Marvel Studios, but above all an endoubtable mark on its fans and the general public. You can say many things about “Avengers: Endgame”, but not that it leaves any emotion untouched. This film is so beloved because in its 181 minutes of action, the public goes through a roller coaster of emotions and actions: laughter, crying, applauding, screaming, surprises and the experience of the closing of one of the best series of the Marvel Cinematic Universe that simply gives you goosebumps.

Without a doubt one of the most legendary scenes to cry over with joy and excitement was when we saw all those fallen by the snap of Thanos’ fingers return to face him and his minions in a thrilling final battle.

This fight against the villain, one of the most important in the Marvel universe, reveals the excitement of the fans when they see Captain America lift the mythical Mjölnir, Thor’s hammer. This was quite an event, because Thor is supposed to be the only one who can lift the hammer and it is here that Captain America makes it clear that he is worthy of this weapon as well.

After moving the fans to tears with this scene, the “Avengers assemble”  phrase spoken By Captain America brought a new adrenaline rush in the audience. It served as a call to arms before the impressive final battle in which the original Avengers, Guardians of the Galaxy, Wizards, Asgardians and Ravagers fought against Thanos’ forces, comprised of chitauris, outriders, sakaarians and other evil beasts.

However, the emotions would continue for the next few minutes as all the heroes fight to stop Thanos’ huge army. In the middle of the battlefield Hawkeye desperately runs to send the Infinity Gauntlet to the quantum tunnel, but is relieved by someone more capable, Black Panther; then by Spider-Man and Valkyrie, and finally by Captain Marvel.

“Avengers: Endgame”, released between April 24 and 26, 2019, is the epic conclusion to the Infinity Saga. After 11 years of movies and adventures, the fans got from this film what they expected: an epic finale to the highest grossing franchise of all time.

This movie is the perfect closure to the story of the original Avengers: Iron Man, Captain America, Black Widow, Hawkeye, Hulk and Thor. Directed by brothers Anthony and Joe Russo, this Marvel proposal put an end to years of superhero stories (22 Marvel Cinematic Universe films) on the big screen, so it is not surprising that it offered three hours of pure emotion. While it is true that phase three of the Marvel Cinematic Universe closed with “Spider-Man: Far From Home”, the last “Avengers” movie meant a before and after in the history of these superheroes.

With “Avengers: Endgame”, brothers Joe and Anthony Russo pulled off those last courses flawlessly, blending the past with the new generation of superheroes that includes Black Panther, Captain Marvel and the Guardians of the Galaxy. This film was also the last of Robert Downey Jr. in his role as Iron-Man and also the last of Chris Evans as Captain America.

Making a worthy closure to something as great as the Marvel Cinematic Universe was no easy feat, but directors Anthony Russo and Joe Russo, along with screenwriters Christopher Markus and Stephen McFeely, pulled it off.

The irrefutable proof of this is the good reception it had among critics and the fact that it became the highest grossing film in history, dethroning Avatar by James Cameron, who had held the position for 10 years. To get to the top spot, “Endgame” surpassed some of the biggest box office hits in movie history, including “Titanic,” “Star Wars: The Force Awakens” and its predecessor, “Avengers: Infinity War.” The superhero movie earned $ 1.2 billion at the box office during its world premiere. It took just five days for the movie to surpass $ 1 billion at the box office.

The last film of Marvel’s Avengers already existed three years before its premiere in theaters. However, not a scene had been shot. “Avengers: Endgame” exists in animated format, and it is not the only film in the study with this case.

The technical name for these animated versions is “preview” (short for preview). These editions of the tape are basically preliminary versions of certain scenes, made using 3D animation.

The forecasts are not new, they have been used for a long time both for cinema and for TV series, since they are very useful to test different approaches to the same scene. In these cases, they are used in complex shooting scenes that require many special effects.

In the case of Marvel Studios, the forecasts have been used for the entire “Avengers: Endgame” movie, that is, not only the complicated scenes. “Avengers: Endgame” is not the only case. “Captain America: Winter Soldier” had two thirds of the film in preview, before starting its filming. The Third Floor, the company that works with Marvel, is a studio specializing in forecasting development and has been working with the studio on 19 of its 23 tapes.

In certain cases, the previews are shot with the collaboration of the director, once the film’s script is fully decided. “In Avengers: Endgame,” 7,300 of the plans that were made in preview ended up in the film.