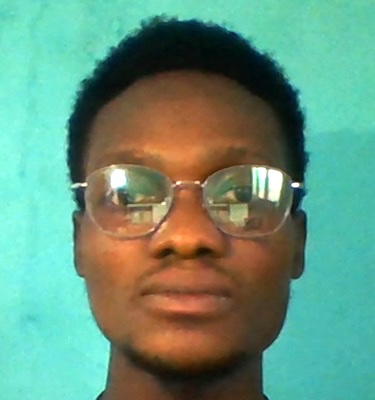 "Back to the Future"

The movie “Back to the Future” – Isaac’s goosebumpmoment

Isaac: “Hello, I am from Benin. My goosebumpmoment is the movie “Back to the Future”. It’s a movie about Marty McFly’s journey to the past in the DeLorean DMC-12. The Delorean is a machine to travel in time that Dr. Emmett Brown made. This is a film in which Marty and Dr. Brown could travel from one period to another just by programming the time convector. The two characters could go whenever they want, where they want in the past as in the future. This is extraordinary. It’s a fascinating film that absolutely makes me dream. When you look a little through history, we can easily realise that man has made so many mistakes that if now, I had the DeLorean, I would call myself the temporal nomad because I would not stop going back and forth to the past to correct our multiple errors and of course I will say hello to my grandfather. I will also go to the future to save our planet which currently has all these problems of climate change, and thus ensure a peaceful life for future generations. Thank you.”

One of the most ingenious movies

The film “Back to the Future” has one of the most ingenious, fun and effective scripts that have ever been seen in this genre. The great strength of this film is the idea it proposes to us: what would happen if we really had the possibility of going back to the past and meeting our parents when they weren’t even our parents? What if by chance, our mother falls in love with us? What would all this temporal paradox mean?

Well, we simply would not exist, because we would have broken the events that led to our birth and therefore our future. Without a doubt, it is a film that makes us think about events in our lives and leaves us with goosebumps.

The script for “Back to the Future” was devised and written by Robert Zemeckis and Bob Gale after the filming of “Used Cars” ended in 1980. Spending a few days at the parental home, Gale had found his father’s old high school yearbook, discovering with great amazement that, like him, his father had been vice president of the course.

Such a discovery led him to think that, had they coincided in student days, they would be friends. Only a few steps separated such a line of thought from the story of Marty, a 17-year-old young man who, by means of a time machine built by an eccentric scientist friend of his, is transferred to 1955, when his parents met and fell in love. But being able to bring such a splendid idea to the big screen was not going to be an easy matter.

After the writing of the first treatment, Zemeckis and Gale would present the project to Columbia, a production company that, after the relative failure of the director’s previous film, and despite the fact that he liked the idea, did not think it appropriate to put a production of this scale on Zemeckis’ inexperienced shoulders.

Very different reasons were those that they gave in Disney, where they put their hands to their heads when they saw how very important the part of the story was that Marty’s mother in her adolescent version of 1955 fell in love with her own son.

Four long years had to pass until the doors opened to be able to film the “Back to the Future”, which would finally be taken to Universal to be able to once again have the unparalleled support by Steven Spielberg as executive producer.

The movie’s idea is great. It’s not about apocalyptic cities, or alien invasions, or anything like that. It is an argument loaded with simplicity, sensitivity, humor and a certain nostalgia. The reenactment of the 1950s is quite good, and it surely brought back many memories for those who lived through that decade.

The direction of Robert Zemeckis is superb, giving the film a pulse and an excellent narrative rhythm. It is not a metaphysical essay, nor an experiment, but a fantastic literal and metaphorically fun, suitable for any viewer and with a subtle, fine, elegant, well-worked, funny and, above all, very imaginative argument.

The fact of proposing a crossing of different generations in the story facilitates its development and gives rise to different moments of memorable humor, with funny situations. The film collects the best of family cinema from the eighties, with fantastic cinema and comedy, accompanied by unforgettable characters in a premise as simple as it is difficult to capture in such a brilliant way.

The performances are unbeatable. Michael J. Fox achieved and played the role of his life as the unforgettable Marty McFly, a role that catapulted him to world fame. His work as Marty is extremely important in a movie in which the story rules, but the characters are tremendously important as well. Christopher Lloyd, magnificent in his portrayal of “Doc” Brown, builds a character very much in line with his way of working, a role of those that seem tailor-made for the actor.

Lea Thompson endows her character with great sensuality. She is superb, in her double character, growing a lot when we see her young version. The same could be said of Crispin Glover as the father, who is as important as the two protagonists and also ends up being the funniest character. Thomas F. Wilson, who plays Biff, is the weakest of the cast, excessively caricaturing his character.

The success of “Back to the Future”

“Back to the Future” had its debut in a total of 1,200 theaters in the United States on July 3. As a curious detail, the film says that the first time travel occurs on October 26, 1985, so its premiere occurred a couple of months before the events took place.

Those who came to see the film before October 26 were practically seeing the “future”, which coincided with the theme of the film. On the other hand, Zemeckis was concerned that the film would be a failure at its premiere, due to Fox being absent and having to record a “Family Ties” special in London, which made it unable to properly promote the film.

Similarly, Gale found himself dissatisfied with the motto that Universal Studios associated with the film “Are you telling me that my mother has fallen in love with me?” Despite the above, the film was positioned for eleven weeks in the number one position in the collection lists of the country.

It should be noted that “Back to the Future” obtained the fourth place in the most successful premieres in its first weekend in that year, finally becoming the highest grossing film of 1985.

More about Back to the future: