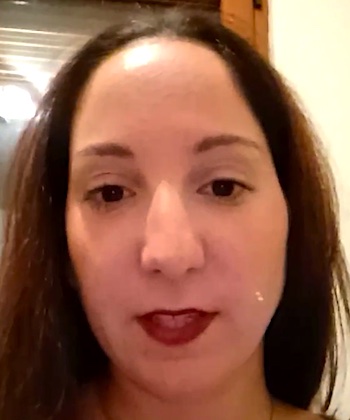 Iva: “I am Iva and I come from Montenegro. My goosebump moment is when I watched the movie “Creation Stories” from 2021. It is a biographical film about the former president of Creation Records, Alan McGee. His ups and downs in life are shown in the film and the audience can identify. The film also shows how the group Oasis was formed. I was especially impressed by the scene from the end of the film when he realizes what is most important in his life. I liked the characters, the dynamic and the overall story.”

A film about Britpop

The film “Creation Stories” tells the story of Creation Records label manager Alan McGee and how one Glaswegian boy changed the history of British music forever. Among other things, McGee was the discoverer of Oasis, started out in 1983 with the Scottish bands The Jesus and Mary Chain and Primal Scream, and brought Britpop to the forefront of the world music scene.

McGee spent his adolescence in the icy and gloomy Glasgow of the 70s. Glam rock, first, and later, punk, saved his life. He has been a devotee of the alchemist Aleister Crowley. He played bass in a fledgling band, worked as a railroad conductor, suffered from agoraphobia, and started Creation Records thanks to the business subsidy scheme approved by Margaret Thatcher, whereby each of the three partners in the company was paid £40 a week. From there he went on to fill stadiums with Oasis.

Based on his own autobiography, the film tells in depth the story of Alan McGee, a young Scottish musician who left school at 16 and, against all odds, at 23 raised a record label from nothing, Creation Records. His feat would forever change the history of British culture.

The film also reviews his family life, his flirtation with drugs (those were the days of speed, raves, and acid house) and his initial support with donations to Tony Blair’s Labour Party.

“Creation stories” is produced by Danny Boyle, written by Irvine Welch and stars Ewen Bremmer. The director, Nick Moran, is best remembered as an actor for his work on ‘Lock and Stock’ and various Harry Potter films. Here, moreover, Moran reserves the role of another illustrious headhunter, Malcolm McLaren, the discoverer of the Sex Pistols.

As in any biopic, “Creation stories” draws on real facts and inventions. It is interesting how it explains the experience of a sound engineer drugged to achieve by accident the psychotic sound of The Jesus and Mary Chain or the fact that after missing a train and spending a few hours in a bar McGee discovered Oasis.

Alan McGee is one of the founders of Creation Records, the UK label that from its beginnings in 1983 until its cessation of operations in 1999 was a major player in the indie scene of the 80s and 90s. It released records by artists such as The Jesus and Mary Chain, Primal Scream, My Bloody Valentine and Oasis, to name a few.

The label took its name from the 60s band The Creation, founded by Alan McGee (at only 23 years old), Dick Green and Joe Foster. Their first discovery was The Jesus and Mary Chain, a band for whom they would produce their first single, “Upside Down” (1984) and a group that McGee also managed.

But before that, heavy debts would force McGee to take the difficult decision to sell half of Creation Records to Sony in 1992 and that, despite the sale, it would not stop having economic difficulties. However, it would be the Manchester band Oasis (“Definitely Maybe” (1994), “What’s the Story”, “Morning Glory” (1995) and “Be Here Now” (1997)) that would give McGee a breath of fresh air to continue with the legendary label.

At the end of 1999, McGee, annoyed by the direction the company had taken, decided to cease operations. Deciding, finally, to sell the rest of his shares to Sony in 2000. Thus, the end of Creation Records and of an era in British music.