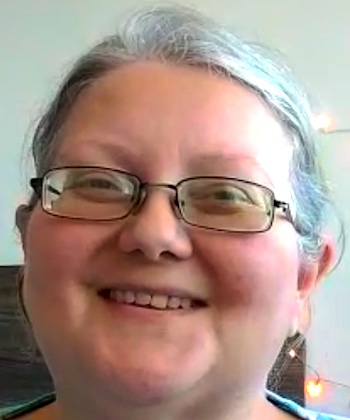 Amanda: “I’m from South Africa. My goosebumpmoment comes from the movie “Deep Impact”. It is an old movie by today’s standards, but in my opinion it’s a classic. The movie is similar to other end of the world movies, in that an asteroid is heading towards earth. In this particular story the reporter is estranged from her father who has remarried and has a new family. Eventually the reporter gets chosen to go to a safety bunker later on in the movie and her father does not. So the movie develops and then the reporter rushes to her father at their beach house, rather than go to the bunker. And my goosebumpmoment happens on the beach where they reconcile and she’s hanging onto her daddy and they have this humungous wave coming towards them, but they’re together. It just shows that the bond of love cannot be broken, despite years of misunderstandings and hurt. And I just love that. That’s my goosebumpmoment where she’s hanging onto him and saying “Daddy”. She knows he can’t do anything, it’s just being together. Thank you.”

A film about feelings in the midst of a catastrophe

“Deep Impact” is not a movie about a catastrophe, it is about the feelings of the protagonists of said catastrophe. In short, it is a drama that gives us goosebumps.

Although this film is about the collision of a comet from the universe with Earth, “Deep Impact” focuses on people. Without a doubt, one of the most dramatic moments is when Jenny gives up her place in the evacuation helicopter, in favor of a co-worker with her young daughter. While waiting, she reconnects with her father, Jason Lerner, and her mother, Robin Lerner, who were divorced and estranged from her. Later she learns that her mother commits suicide due to an incurable disease.

“Deep Impact”, an imminent end of the world

“Deep Impact”, directed by Mimi Leder and starring actors such as Robert Duvall, Vanessa Redgrave and Morgan Freeman, shows us a closer look at what we could most likely experience in the face of an imminent end of the world: underground shelters where only a certain number of people and children under 50 have access.

This film, released in 1998, recounts the months preceding the imminent collision of an asteroid with Earth. This is discovered one night by a young astronomer (Elijah Wood), who sends the information to the observatory in his town.

Unfortunately, the astronomer who manages to calculate the trajectory of the object is killed in an accident while trying to alert his colleagues. Despite this, the governments of the world manage to hear the dark news and begin to work on measures to guarantee human survival.

Although in this production the special effects are not as spectacular as in the later Michael Bay’s version, its bet on emotions and the human side trumps the newer version.

Its contribution to this kind of cinema is in the way in which human drama, catastrophic action and special effects have been woven together. A formula that it knows well and for which the movie has been distinguished through award-winning episodes of television series such as ER, LA Law and China Beach.

A collective fear about the final cataclysm is awoken in the film. A space mission will try to stop the comet, while organising a postmodern Noah’s Ark. Meanwhile, there are all kinds of reactions to the death sentence.

NASA was the main adviser on the film, whose arguments are based on the fact that throughout history the Earth has been ravaged by meteorites and comets. Some of the hundred billion who roam in space may be on their way to earth right now.

The vast majority of science fiction movies are riddled with scientific errors. However, “Deep Impact” shows a slightly more realistic and scientific picture. The plan to destroy the asteroid with nuclear power is not successful though.

In “Back to the Future”, Marty McFly could never have traveled to the past, because the laws of physics, while allowing travel in the future, completely prohibit travel to the past. In “Jurassic Park”, for example, it would have been impossible to get dinosaurs from DNA trapped in mosquitoes from the Jurassic era (more than 60 million years ago), because DNA molecules do not last more than 500 years without degrading.

However, “Deep Impact” is a very accurate representation of the meteorite detection and interception technology that was in use at the time. In fact, Neil deGrasse Tyson himself, one of today’s most reputable astrophysicists and popularisers, said it’s the only science fiction movie where he couldn’t find fault when it comes to science.