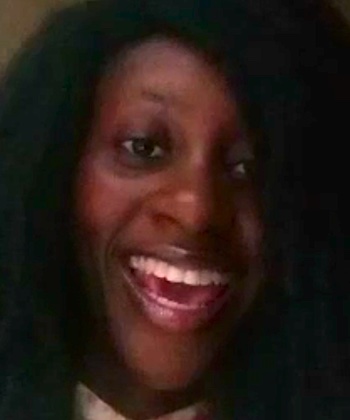 Esther: “Hi. I come from Nigeria. My goosebump moment certainly has to be the day I saw the movie titled “Five feet apart”. It was a hair-raising experience for me as I absorbed the emotions of unrealised love that was displayed in the sad movie. Summarily, a sick young girl meets an equally sick young boy at the hospital. They soon fall in love with each other, but sadly had to separate because they had an ailment that did not permit an infected person to have body contact with another infected person; of which they both were. And really, how do you say you love somebody, how do you show your love and affection to a person when you really cannot have contact or even touch the person’s hands? To salvage the situation, the hospital then decided to transfer the boy to another hospital. At the point when the boy stood at the glass window of the girl’s room, taking in his last sight of her, my emotions hit a climax, and I was literally engulfed in goosebumps.”

“Five Feet Apart” is a 2019 American romantic drama film directed by Justin Baldoni and written by Mikki Daughtry and Tobias Laconis. The film, which is inspired by Claire Wineland, who suffered from cystic fibrosis, tells the story of two young cystic fibrosis patients, who try to have a relationship despite always being forced to stay at a certain distance from each other.

Stella Grant is a typical 17-year-old girl, who lives glued to her laptop and adores her friends. But unlike most girls her age, she spends much of her time in a hospital due to her illness. Her life is riddled with routines, boundaries, and self-control, until an irresistibly charming patient named Will Newman puts her whole world to the test.

The protagonists of the story are played by Haley Lu Richardson and Cole Sprouse, one of the twins that some will remember for starring with his twin brother in the Disney series “Zack and Cody: Twins in Action” and for participating in “Riverdale”.

The formula is not new: two teenagers with serious illnesses who fall in love but can’t be together due to various obstacles, no doubt this suggests other teen productions of recent years. But that’s exactly why it is an option for those who like movies where there are cheesy moments that make you think that love can do anything.

“Five Feet Apart” touches the heartstrings of the most sensitive people and may even make them shed a tear or two. This is definitely a film for those who like pink situations with cheesy love and diseases in between. If this is not your cup of tea, it might better to abstain. But this movie does make us think of the question: Can you love someone without touching them?

What does the ending of the film mean?

As “Five Feet Apart” progresses, the situation of each of the characters in the film becomes clear. While Stella is waiting for a lung donor, Will’s situation is more complicated because the treatments he is undergoing are not working. But their feelings are stronger and even though they have everything against them, including nurse Barb (Kimberly Hebert Gregory), who opposes their romance because she already lost two teenage lovers under her care, they decide to live their love, while at the same time avoiding the risks that come with their illnesses.

Soon after, Stella receives a message informing her that there is a donor, but instead of returning to the hospital, she simply ignores the call. Will learns the good news from his mother and while trying to convince Stella to return and accept the chance to live, the young woman falls off a bridge and ends up in the freezing water.

Will manages to pull Stella out of the water, but she is not breathing. Desperate, he sends his location to his mother, but the ambulance is slow to arrive, so in a desperate attempt to save the love of his life, he ignores all warnings and gives her mouth-to-mouth resuscitation.

They both manage to survive, Stella receives her new lungs and, at least according to the first test, she did not contract any bacteria from Will. However, for Will things do not turn out so well: the experimental treatment is not working, and he has less and less time left, which leads him to make a difficult decision.

Will understands that he has no choice but to say goodbye to Stella, but first he organizes everything so that she can see the lights of the city, he gives her his caricatures and the drawing he made of her. Through a glass they say goodbye to each other and say “I love you” for the last time.