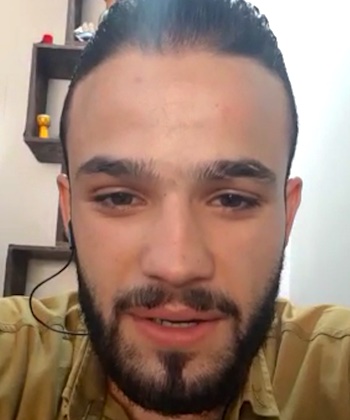 Abdulwahab: “Hello. I am from Libya. My goosebump moment was when I was watching the “Interstellar” movie and the hero set out on it as a basic position, looking for new planets to live on because the earth was no longer a place to live. In one of the expeditions, he went on to a planet and the timescale there was so long that it was so slow, that equaled 25 years on earth. When he got back from that planet, he discovered that his children kept sending him messages, video messages, and my favourite one was the messages’ scene, he saw how his children got old and started their life and they kept sending him videos, even though he was not sending back, they had hope. And that was the thing they stuck to. And this is what we as humans, share. Thank you.”

A new home for humanity

“Interstellar” is an epic science fiction film set in a dystopian future where humanity struggles to survive. The film follows a group of astronauts who travel through a wormhole near Saturn in search of a new home for humanity.

It is an impressive story because of its visuals and emotional depth. On the one hand, the state-of-the-art sci-fi landscapes come alive and on the other hand, the reality of the crew who are shown to be separated from everything that defines them is very heartbreaking: their loved ones, their personal histories, their culture and the planet itself.

Without a doubt, “Interstellar” is a wrapper for a spiritual and emotional dream about basic human desires, as well as for a kind of horror film that treats the separation of the star travellers and their loved ones on earth as spectacular metaphors for what happens when the people we value are taken from us by death, illness or insurmountable distance.

The plot of “Interstellar”

After a dust storm, strange dust patterns inexplicably appear in Murphy’s bedroom; she attributes the anomaly to a ghost. Cooper eventually deduces that the patterns were caused by variations in gravity and that they represent geographic coordinates in binary code. Cooper follows the coordinates to a secret NASA facility run by Professor John Brand.

Twelve volunteers travelled through the wormhole to individually inspect the planets, and three of them – Dr. Mann, Laura Miller and Wolf Edmunds – reported positive results. Based on their data, Professor Brand devised two plans to ensure humanity’s survival.

Cooper is hired to pilot the Endurance. Before departing, Cooper gives a distraught Murphy his wristwatch to compare his relative time for when he returns.

The tenth highest-grossing film of 2014