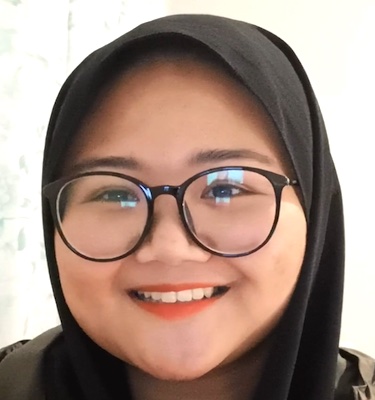 Lika: “I’m from Indonesia. I’d like to share with you my goosebumpmoment. My goosebumpmoment is the ending scene of the movie “La La Land” which is played by Emma Stone & Ryan Gosling. So, the ending scene showed “what if” she actually chose the life with her ex-boyfriend instead of her current husband. It actually sounds very normal, but it gives me goosebumps because the scene itself, the cinematography, the instrumental music, the dances are actually well scripted and it gave me an emotional rollercoaster ride in such a short amount of time during the scene and the emotions were shown and captured perfectly. I think everybody should watch it. I recommend everyone to watch the movie from the beginning until the very end. I can assure you, you will cry and so with this, this is my goosebumpmoment & thank you for watching, bye!”

The importance of fighting for our dreams

This tragicomic musical is inspired by classic Hollywood. “La La Land” takes place in Los Angeles and narrates the adventures of two artists who try to make a living from their art in the city with the highest rate of broken dreams.

Emma Stone tries to keep her job as a waitress in a coffee shop while trying her luck at multiple weekly auditions, while the talented pianist played by Ryan Gosling fantasizes about opening his own jazz venue, while making a living by gigging at weddings and other private parties. The chronology of the tender romance between the two, as well as their struggle to achieve their ambitions, is told in chapters separated by the four seasons. This film gives us goosebumps because it reveals the importance of having a dream and pursuing it until it is achieved.

A film that broke records in nominations

“La La Land” is a 2016 American drama and musical film written and directed by Damien Chazelle, starring Emma Stone and Ryan Gosling. It was released in the United States on December 9, 2016 by Summit Entertainment and is a modern take on Hollywood musicals.

After its release that year it was praised by the public and critics by being nominated for several awards, with a highlight at the Golden Globes where it won the 7 categories for which it was nominated: Best Comedy or Musical Film, Best Director, Best Actor and Actress in a Comedy or Musical, Best Screenplay, Best Soundtrack and Original Song, which made it the most awarded film in the history of the Golden Globes, surpassing “One Flew Over the Cuckoo’s Nest” that managed to take 6 awards in 1975.

In addition, “La La Land” was nominated for 14 Oscars, making it the film with the most Oscar nominations along with “Titanic” and “All About Eve”, at the 89th Oscar Awards, finally winning Best Director (Chazelle), Best Production Design, Best Cinematography, Best Original Song, Best Soundtrack and Best Actress (Stone). During the ceremony, it was mistakenly announced as the winner of the Oscar for Best Picture, but after a few seconds an error was revealed by the presenters. In the end, the winner was “Moonlight”.

When the statuette for Best Picture was awarded, controversy erupted when “La La Land” was mistakenly announced as the winner in that category. When the producers of the musical film were on stage giving their thank-you speeches, they were interrupted by the announcement that “Moonlight” was the real winner. The event caused a worldwide media repercussion since it was the second mistake when the statuette was awarded in the 89-year history of the awards.

The success of “La La Land”

“La La Land” has an excellent soundtrack, it has very good performances and its use of colours is fascinating.

But probably the key to its success lies in the words of Emma Stone, which were repeated by her filming partner, Ryan Gosling: “The importance of having a dream and pursuing it.”

The very making of the film is the result of a young director’s dream who had been fighting since 2010 to be able to shoot it and the wait was worth it. “La La Land” was a bet for illusion in dark times.