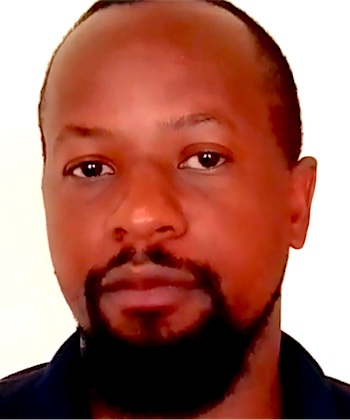 “I am Baltazar, and I come from Mozambique. My goosebump moment was during the 2011 sci-fi-drama movie, “Limitless”, when Eddie Morra and Carl Van Loon meet outside Eddie’s office and Carl tries to force Eddie to go work for him, but Eddie tells him that he is 50 moves ahead of everybody, everyone, including him, and he proves his theory by analyzing a current brief scenario on the other side of the road, where a car would hit a taxi from behind because the driver was very, very distracted, and 10 seconds later, it happens. That is how smart he grew in the movie.”

A perfect version of himself

“Limitless” is an action thriller about a failed writer whose life is transformed by a secret smart drug that allows him to use 100% of his brain capacity and become a perfect version of himself. His enhanced abilities soon attract dark forces that endanger his new life, making for a provocative and suspenseful film.

Aspiring writer Eddie Morra Cooper suffers from chronic writer’s block, but his life is turned upside down when an old friend introduces him to NZT, a revolutionary drug that allows him to tap into his full potential. With every nerve impulse, Eddie can remember absolutely everything he’s ever read, seen, or heard, learn any language in a day, understand complex equations and charm everyone he comes across – as long as he continues to take the experimental drug.

Eddie soon conquers Wall Street, turning a small capital into millions. His exploits attract the attention of tycoon Carl Von Loon, who invites him to participate in the largest corporate merger in history. But Eddie also attracts the attention of people desperate to get their hands on a stash of NZT. With his life threatened and the brutal consequences of the drug’s side effects, Eddie dodges mysterious stalkers, an evil gangster and an intense police investigation, while trying to hold on to his dwindling supply long enough to escape his enemies.

When a drug turns failure into success

Bradley Cooper and Robert De Niro star in “Limitless”, released in 2011. It was to be starred by Shia LaBeouf but he had a car accident and had to abandon the role, which finally went to Bradley Cooper. He is accompanied by other well-known actors such as Robert De Niro and Abbie Cornish.

Directed by Neil Burger (“The Illusionist”) and based on the novel “The Darks Fields” by Alan Glynn, this provocative film shot in New York and with some exteriors in Puerto Vallarta (Mexico) is completed with the presence of Abbie Cornish (“Bright Star”), a young Australian actress who is starting to make a name for herself in Hollywood.

The total cost of the production was $27 million, and it grossed more than $161. On the Netflix platform where the film can be found, there is also the series based on it, which has 22 episodes in its one season.

In the film, which lasts 105 minutes, the protagonist plays the narrator with voice-over narrating his own story.

The power of motivation

This film allows us to rule out drug dependence as the key to success. Sin Limites reflects how the false sense of power that drugs bring can have irreparable consequences for those around us and for ourselves. Thus, Morra will be involved in violent altercations and, even, he will have doubts if in one of those moments of false euphoria caused by NZT he has committed a murder.

Another aspect of this film relates to the natural drive of our personal motivation and how it enables us to achieve high levels of performance over time. Research suggests that high performers have approximately 27% more purely cognitive abilities, and 53% more emotional competencies than average performers.

However, the development of emotional competencies can only be achieved from motivation – that positive drive that causes people to act and develop high levels of effort to achieve their goals.

Eddie Morra is a writer who suffers from a chronic blockage and has been dumped by his girlfriend. He finds in his chemical motivation the engine that allows him to take advantage of his full potential and face great challenges previously unthinkable, such as writing the book of his life or conquering Wall Street. Carl Von Loon, an important tycoon, notices him and invites him to be part of the most important corporate merger in history.

Thanks to this impulse, the protagonist of “Limitless” strives to leverage his personal resources and achieve success on a recurring basis. He also tries to seek proactively and continuously new and fulfilling challenges, such as winning back his girlfriend or running for the U.S. Senate.

More about the movie “Limitless”: