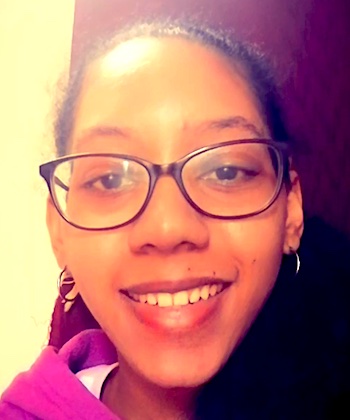 The movie “One Day”

Vielka: “Hello. I am from the Dominican Republic. My goosebump moment is from the movie “One Day”, starring Anne Hathaway and Jim Sturgess. Specifically the scene where they realize how much they love each other and want to spend their lives together after an off friendship that lasted more than 10 years. Anne Hathaway’s character realizes she loves him too, and she runs towards him, and they share a passionate kiss together near a fountain in Paris. That scene is very special because it shows how, through ups and downs, how true love can be found where, when, and from whom we least expect it.”

A classic of romantic movies

“One Day”, a 2011 film, tells the story of Emma Morley and Dexter Mayhew. The day they both finished university, they don’t know that their friendship that would last a lifetime began on that day as well. She is a dreamy woman who has ambition to find her place in the world; he is a wealthy young man who does not take anything too seriously.

The film is an adaptation of the famous novel “Always the Same Day” by David Nicholls, which tells us about the passage of time and the difficulties in staying true to ourselves but, above all, it tells us a powerful love story.

Every 15th of July

One of the film’s most memorable scenes is when Emma moves to Paris, where Dexter visits her on July 15th, 2003 in hopes of reconnecting. Emma and Dexter recall some one-night stands, but this time Emma reveals that she has a new boyfriend, a French musician who plays piano in a jazz band and whom she has met at a restaurant to introduce them.

Dexter, already knowing how much he has always loved Emma, decides to move away when he finds out about her new boyfriend. Emma, reconsidering, runs after him and after revealing that she has not been able to get him out of her head and that she still loves him, she makes him swear that he will never hurt, lie or cheat on her again.

He promises her that he won’t and kisses her passionately, finally starting a formal relationship with her. Before long they get engaged and married.

The tone and setting of “One Day”

“One Day”, directed by Lone Scherfig and starring Anne Hathaway and Jim Sturgess, is a British-American film that will probably make more than one question whether destiny exists, since although its protagonists will live separate moments which will mark them forever, in the end and after many years their lives will become more intertwined than they ever imagined.

The work that Scherfig does is magnificent, since the most remarkable things that the film contains are the tone and the setting. The film is elegant and entertaining and the recreation of the different times, accompanied by songs from each moment.

Each moment of “One Day” is achieved and all the aspects that compose it are well taken or brought.

What does “One Day” teach us?

This movie reminds us that life offers opportunities that must be taken, because most only come once. Here, however, indecision is the fundamental reason that shows that people are not always aware of what we really want or need. In “One Day” there are opportunities every year and a different obstacle too.

At the same time, the film proposes the acceptance of the other individual with all their defects and qualities, regardless of vices or their inner monsters. But it also makes it clear that accepting, respecting and tolerating the other does not mean the same as loving him or wanting to be with that other someone for the rest of life.

Finally, maturity is declared the inevitable path to happiness and stability. This can only be achieved with day-to-day experiences, with the stumbles and the decision-making that shapes each step we take. Maturity that we see in how the characters try to reach it throughout the more than one hundred minutes that the film lasts, represented with each change of makeup and wardrobe that accompanies the actors.

More about “One Day” movie: