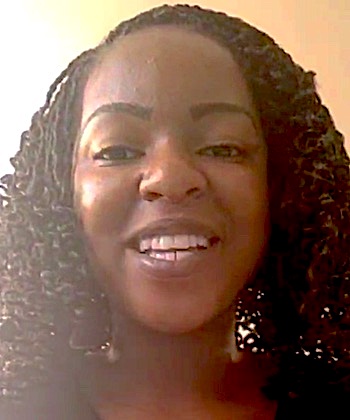 The movie "Queen of Katwe"

Eunice: “Hi, I am from Malawi. My goosebump moment is a movie titled “Queen of Katwe”. It is based on a true-life story of a young Ugandan girl called Phiona Mutesi. In the movie, there is a coach. His name is Robert Katende. He used to coach children in chess and Phiona finds herself among the children Robert Katende coaches. For me, every part of the movie was amazing. What I like the most is how Robert Katende believed in Phiona. He encouraged her. He taught her the best way he knew how. I remember in one scene he told her that sometimes where you are is not where you belong, you belong where you believe you belong. And that felt very encouraging. Because Phiona’s own mother had doubts that she could turn things around. But Robert never stopped believing in her until she emerged a champion. I think this reflects how we should be towards each other in life. We should encourage each other when we see potential in each other. Let us push each other to make sure that we are all at a better place. We should all be nice towards one another. And that to me, that character to me was amazing.”

The film “Queen of Katwe” tells the true story of the young Ugandan Phiona Mutesi. A girl born into a humble family who dreamed of becoming a chess champion and succeeded.

This story gives us goosebumps and leaves us with the positive message of persevering in the face of life’s adversities. Although it is not always feasible, in this case Phiona, the protagonist, is lucky enough to meet a chess teacher who gives her the necessary encouragement to not give up and fight until the end to achieve her goals. At the same time the film gives us a bath of harsh reality showing the shortages and needs that exist in the world in the 21st century.

Lupita Nyongo is one of the protagonists of the film. Mira Mair, its director, who managed to bring authenticity and a lot of love to this story because she knows Uganda very well, loves this country and wanted to show that Ugandans are determined, correct people and that the fact that you live in a place where you have to fight, does not always define who you are.

David Oyelowo plays the role of the man who will discover Phiona’s talent and help her realize her dream.

The story of “Queen of Katwe”

Phiona Mutesi, a young Ugandan girl, watches her world change rapidly after she enters the world of chess. After leaving her country for the first time to play in a tournament in Sudan, she goes on to compete in the World Chess Olympiad.

Debutant Madina Nalwanga steps into the shoes of Phiona Mutesi, who as an 11-year-old girl won the Ugandan youth chess championship. Director Mira Nair oversees narrating this inspiring story of overcoming all odds. In fact, the filmmaker decided to capture Mutesi’s life in a film after making a documentary about Robert Katende, the man who trained the chess prodigy.

Katende is played by David Oyelowo, who also shares the screen with the Oscar-winning Lupita Nyong’o.

It took Phiona Mutesi a year to learn all the ins and outs of chess and at the age of eleven she won the Ugandan youth championship. In 2011 she participated in a tournament in Istanbul, where she became the first African to win a FIDE title.

“Queen of Katwe” is a beautiful film, completely opposite to the Disney we are used to: full of luxuries and privileges. It is the story of a girl who with her effort, intelligence and the love of those close to her was able to become a great chess player and help her family.

Phiona Mutesi (Kampala, 1996) is a chess player from Uganda. At the age of only 16, she became a Candidate Master (CM) after her performances in the 2010 Chess Olympiad.

She was born in 1996 in Katwe, the largest slum in Kampala, the capital of Uganda. When she was 3 years old, her father died of AIDS, and her sister died shortly after of unknown causes.

According to the newspaper El País in 2006, when Mutesi was ten years old, she was looking for food with her brother on the streets of the African city. It was then that she met Robert Katende, a civil engineer and former footballer, who since 2004 had been working through the Sports Outreach Institute program to feed children in exchange for learning to play chess.

After only four years in the sport, Mutesi reached her first Chess Olympiad in 2010. She was the first Ugandan to win three consecutive women’s championships, and at the age of 15 made her debut at a Chess Olympiad: the 39th hosted in Siberia (Russia). Phiona would repeat her experience in the following Olympiads, in Istanbul 2012, Tromso 2014 and Baku 2016, adding new victories and more friendships.

In 2012, she became the first woman from Uganda to hold the title of Woman Candidate Master (WCM) of chess, the first certification given to players after a series of good results in international competitions. This story caught the attention of journalist Tim Crothers, who wrote the book “The Queen of Katwe: A Story of Life, Chess, and One Extraordinary Girl’s Dream of Becoming a Grandmaster”, whose film adaptation rights were acquired by Walt Disney Pictures the same year. Phiona Mutesi has 2 younger brothers and an older sister.

In 2014 she represented her country at the Chess Olympiad held in Norway and in September 2016, the film “Queen of Katwe” was released which tells Phiona’s story.

Mutesi, who lives in Seattle, Washington since 2017, graduated with a degree in Business Administration and Finance from Northwest University in Kirkland, Washington. She also lectures on resilience, inspiration, self-improvement and the pursuit of opportunity.

The Mutesi case sparked a revolution in Ugandan chess; more girls came forward to play chess, which led to the creation of more women’s competitions. Children also wanted to follow in Phiona’s footsteps, which led to the founding of “SOM Chess Academy”, which is directed by Robert Katende himself and assists 1300 youngsters.

More about the movie “Queen of Katwe”: