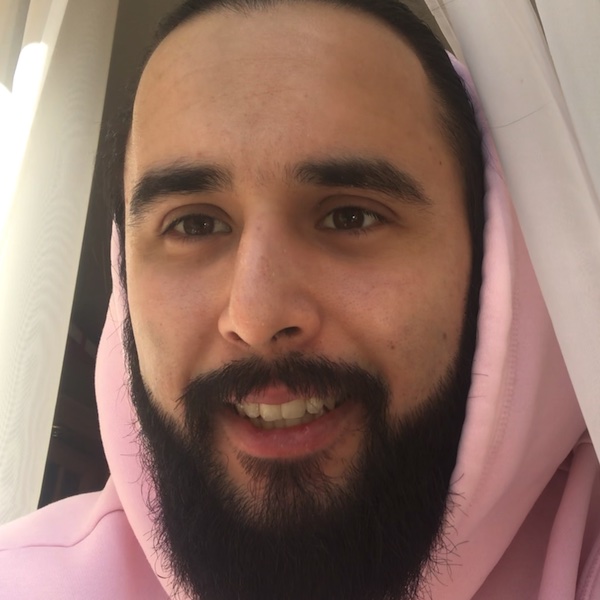 The movie "Soul" from Pixar

Maxim: “I’m Maxim and I come from Russia. My GoosebumpMoment is “Soul” from Pixar. In the main character, I saw myself. Every day I work hard and try to succeed, but like the main character, I forgot how beautiful the world is around and how little things make your life happier. It’s important to take some time, step back and reflect on all the great things you have in your life. Family, health, jobs, passions, hobbies, friends – you have it today – one day you won’t.”

“Soul”, a reflection on life

The message of the movie “Soul” is a bomb of emotions that gives us Goosebumps. Its reflections on life and death and the construction of personality that makes up the human soul, seasoned with the components typical of animated cinema, leave us with a great moral that is not childish at all.

“Soul” reminds us of the importance of living, that pursuing our dreams in a delusional and impulsive way is not really being alive, and reflects on the importance of meeting the goals we set for ourselves without obsessing over immediate results. Sometimes sacrificing some excessive claims such as the desire for fame, for success and being someone important, can help us grow and mature. Otherwise, when we achieve our goals, we feel as empty as the protagonist from “Soul”.

The story behind “Soul”

“Soul” tells the story of Joe Gardner, a piano teacher who wants to become a jazz star. The obsession with success has clouded the protagonist’s judgment so much that he has ended up closing himself in.

Gardner knows nothing about his best friend, his hairdresser, because he does nothing but talk about music. He is not able to communicate with his loved ones because he feels that they reject him, when he is the one who does not know how to express his emotions.

However, after being in a coma after an accident and traveling to another dimension, one in which the personalities of human souls are formed, he meets 22, a primal being who is afraid of living and who, curiously, gives him a vital lesson that makes him realise how deluded he was.

Joe Gardner lives in his head, in his dreams, goals and unrealised objectives, and when he fulfils them he does not enjoy it because he has already accomplished everything he had to accomplish. What to do now? “Soul” confronts us with that question and shows us that the focus should not be on the goal, but on the path.

“Soul” premiered on December 25, 2020 on the Disney + platform and was the first film from the animation studio to reach the subscription service without first going through theaters. This story about Joe Gardner began four years ago, when its director, Peter Docter, felt lost after winning his second Oscar, for the film “Intense-Mind”.

Docter began to question the origins of human personalities, and whether people were born destined to do certain things. In the writing process, he delved into research on essentialism, nihilism and existentialism to better articulate the situation of the characters.

In fact, making sure the souls didn’t look like ghosts was a concern for the design team. The designs also had to fulfill two functions: adapt to the surreal narrative and be attractive to audiences of all ages.

In the original English version, the animated film has some recognisable voices. Jamie Foxx plays Joe, the musician and protagonist of the film, while the voice for 22, the soul that the jazz player must help, is Tina Fey, the comedian known for her work on “Saturday Night Live”.

To give credibility to everything related to the chosen musical genre, the production received contributions from important jazz musicians and African American culture such as the renowned pianist Herbie Hancock and Questlove, drummer of The Roots. It was also decided that Kemp Powers, the film’s screenwriter, would participate as a director, thus becoming the first black director of a Pixar film.

More about the movie “Soul”