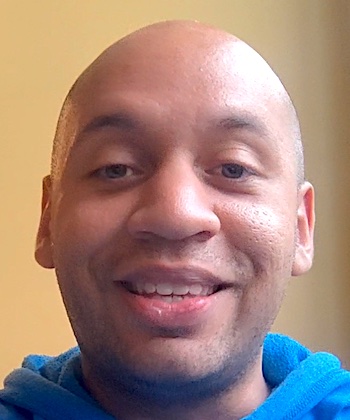 “Hi, I am Juan. I am from St. Vincent and the Granadines. My goosebump moment is a couple of weeks ago when I went to the movies to watch “Spider-Man: No Way Home”. I had been waiting for that movie to be released for a long time basically because it casts Tobey Maguire, and he is one of my favorite Spider-Mans of all time. Being able to watch the old Spider-Mans with the new ones. It was amazing for me, because that way you can see the mix of two generations, the old ones, and the new ones. So, being able to watch Spider-Man’s, the old villains of him and the new ones all in just one place. I just felt like a child watching that movie.”

The film “Spider-Man: No Way Home” has become a global box office success because it delivers everything fans wanted to see in theaters. While it evokes nostalgia for many, it also sets the stage for a promising future for Tom Holland’s Spider-Man.

The heart of the film revolves around the redemption of the famous villains of the Marvel universe. It is no coincidence that the main intrigue begins when the young Spider-Man, played by Tom Holland, refuses to send the supervillains to their worlds, where the fatal fate of death would inevitably await them.

The bad guys always lose, but young Spider-Man, against the advice of the great sage Dr. Strange, rejects the idea that they are irretrievable and destined to always do evil.

Among the novelties of the film, you will notice the presence on the screen of three Spider-Men. In fact, the two previous actors, Tobey Maguire and Andrew Garfield, are in different universes to imagine different versions of Spider-Man.

This surprise incursion, in addition to the pleasure given to the fans, allows to enrich and conclude the narrative arcs of the two previous versions of Spider-Man, abruptly interrupted after three and two films respectively.

Here the three Spider-Men show true nobility: all have suffered in their flesh, touching death for being fellow human beings in the service of justice. Yet, despite a difficult internal conflict, they did not turn away from good.

Twenty years after the first Spider-Man, Goblin, the great villain, is offered a totally unexpected redemption. In the movie released in 2002, Norman Osborn, who took on the traits of the evil entity, died pierced by his own board, which he had thrown to kill the Spider-Man played by Tobey Maguire.

Therefore, he had committed suicide, without Spider-Man being responsible for his death. This new episode, however, offers a grander ending: while Tom Holland wants Norman Osborn to pay for the murder of his aunt, Tobey Maguire stands in the way and it is he, this time, who is pierced by Osborn’s board.

That unique moment, a true moment of mercy, allows him to administer to Norman Osborn the drug that frees him from his evil personality.

Risking his own life to save the killers, like God who “does not want the death of the sinner,” Maguire’s saving act allows Osborn not to die for his own sin, as in the opening episode.

And so, it is a grand finale in its sacrificial dimension, which reinvents itself. Taking upon himself the wound that the villain had to inflict on himself, Spider-Man plays the role of alter Christ, thus following the supreme Christian model.

Since its release on December 15, the film “Spider-Man: No Way Home” has not ceased to amaze with its box office performance, week after week the third instance of Tom Holland’s performance as the friendly neighbor breaks all-time records! Today it has officially become the twelfth highest-grossing film in worldwide history and experts estimate that it will soon climb into the Top 10, a feat that is not far off since the 27th film in the Marvel Cinematic Universe has not waned in the taste of moviegoers.

Surpassing US $600 million at the local box office, the film is already the tenth highest grossing film in North America (United States and Canada), a place that until a few days ago was occupied by “The Incredibles 2”. Now it is announced through sites like ComicBook and Deadline the new mark it has achieved during the last week of 2021, leading it to climb to the #12 position internationally.

The numeracy continues, as “Spider-Man: No Way Home” has pulled in incredible numbers from foreign markets, which has been instrumental in its new record.

Superhero movies remain at the top of the entertainment industry thanks to the huge amounts of money pumped into them by studios looking to deliver easy but sweeping entertainment to the masses. “Spider-Man: No Way Home” is the hit of the year 2021 and things couldn’t be going any better. And this is just the prelude to what superhero fans can look forward to in 2022: a year loaded with more superhero movies.

More about the film “Spider-Man: No Way Home”: