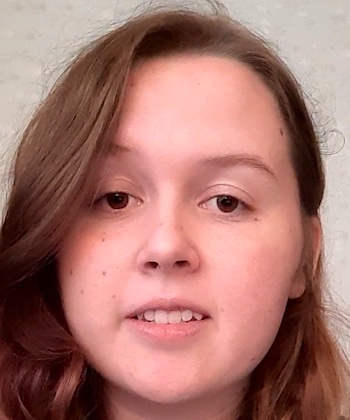 The movie "Spirited Away"

Olivia: “Hello, I am from Finland and my goosebump moment is the big bathhouse scene in the Studio Ghibli animated movie “Spirited Away”. It’s about a young girl who gets lost while exploring what she and her parents think is an abandoned theme park from the 90s, but at night it turns into a luxury town for the spirits to relax. She ends up at the bathhouse where she works to be able to find her parents who have been cursed by an evil witch named Yubaba and when you go up to this big bathhouse, you see all the spirits and all of its guests, in all of its detail. It is so magical and full of bright colours that leave you with chills and in awe of the magic of the spirits. It makes you want to jump into this world and join the adventure and all of the beautiful things that surround it and that’s why the “Spirited Away” bathhouse scene is my goosebump moment.”

“Spirited Away” is undoubtedly one of the best animated films, and is based on the traditional basis of animation, which is the frame-by-frame drawing. Hayao Miyazaki himself, its creator, took care of every detail of the realisation, to the point that he personally drew thousands of frames by hand, always looking for the greatest realism for this masterpiece of animation.

The history of “Spirited Away” has been filled with boundless creativity. Miyazaki’s imagination never rests. There is a scene in which the heroine and her companion get off a train in the middle of a swamp. In the distant forest they see a light approaching. It turns out to be an old-fashioned lamp post that goes hopping along on one foot. It bows to them, turns and lights the way ahead. When they reach a cottage, it hangs obediently over the door. The living lamp post is not necessary. It is a gift from Miyazaki.

This film is like a dazzling, enchanting, gorgeously drawn fairy tale that will leave viewers a little more curious and fascinated by the world around them.

The success of this masterpiece

Officially this movie was made for 10-year-olds. That’s why it packs such a punch for adult viewers. Movies made for “everyone” aren’t really made for anyone in particular. Movies about specific characters in a detailed world are fascinating because they don’t try to please us; they are defiant, triumphant, themselves.

When we watch the movie again, we are as enthralled as by any other movie considered great. That helps explain why “Spirited Away” grossed more than “Titanic” in Japan, and was the first foreign film in history to open in the U.S. with more than $200 million. Meanwhile, Roger Ebert of the Chicago Sun-Times gave the film four stars, praising Miyazaki’s work and direction. Ebert also said “Spirited Away” was one of the best films of the year, as well as adding it to his “Great Movies” list.

The film also ranked #9 of the top-rated films of all time on Metacritic, making it the highest-rated traditional animated film on the site. The film ranked #10 on Empire magazine’s “100 Greatest Movies in World Cinema” list in 2010.

The main themes of “Spirited Away”, heavily influenced by Japanese Shinto-Buddhist folklore, center on the protagonist Chihiro and her liminal journey through the spirit realm. Chihiro’s archetypal entry into another world delimits her status as a person halfway between child and adult. Chihiro is also placed outside social boundaries in the supernatural environment.

The use of the word kamikakushi (literally “hidden by the gods”) in the Japanese title, and its associated folklore, reinforces this liminal passage: “Kamikakushi is a verdict of ‘social death’ in this world, and returning to this world from Kamikakushi means ‘social resurrection.'”

Other themes are expressed through Sin Cara, who mirrors the characters around him, learning by example and taking on the traits of the one who consumes. This nature translates into No-Face’s monstrous rampage through the bathhouse. After Chihiro saves No-Face with the emetic bun, No-Face becomes shy again. At the end of the film, Zeniba decides to take care of No-Face so that he can develop without the negative influence of the bathhouse.

More about Spirited Away