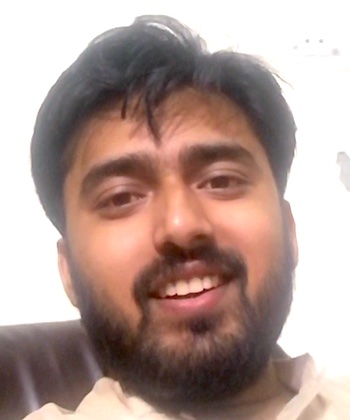 The movie "The Aviator"

Abu Sufyan: “Hello, I come from Afghanistan and my goosebump moment is from “The Aviator” where Howard Hughes is very ill and he has germaphobe behavior and a mental illness, but he has to appear in the hearing with Senator Brewster, I think. But he is not stable, then his ex-girlfriend Katherine comes and makes him stable and makes him ready to appear in the hearing with senator Brewster. When he appears in the hearing, he said to Senator Brewster if Hercules fails to fly, I will leave the country and never come back. Then comes the scene that got goosebumps all over me, when Hercules flies for the first time.”

The achievements of the eccentric aviator Howard Hughes

“The Aviator” is a historical-biographical film made in 2004 in which the protagonist is Howard Hughes, played by American actor Leonardo DiCaprio.

One of the scenes that stands out in this film is when Howard flew the Hughes XF-11 reconnaissance plane. In the inaugural test Howard suffered a near-fatal accident that cost him a long time in the hospital and several perpetual injuries.

The Hercules, an eight-engine wooden seaplane intended to carry 750 passengers, was not completed until 1947, the same year Hughes was brought before a Senate committee investigating speculation of treason in the war. At trial he was pitted against Senator Owen Brewster and Howard ultimately prevailed. Subsequently, the aviator was able to fly the Hercules, popularly known as the Spruce Goose, in a single flight of only 1.6 km.

Based on real events

“The Aviator” is a 2004 American biographical film directed by Martin Scorsese. It was nominated for eleven Academy Awards, six Golden Globes, fourteen Bafta Awards, three awards from the Los Angeles Critics Association and countless other awards. It won the Oscar for Best Supporting Actress, Cinematography, Editing, Costume Design and Art Direction and it received three Golden Globes in the categories of best film-drama, actor-drama and soundtrack.

“The Aviator”, with a running time of 169 minutes, transports us with stunning realism to the era of the 1920s to the 1940s. This was the period when Hughes became a self-made film director and producer, while also designing and piloting his prototype airplanes. His initial film, “Hell’s Angels”, was about war and represented his ardent interest in aviation. It was originally a silent film; however, he decided to include sound after the release of the first sound film work.

Due to his obsession to make it perfect, it took him years and huge sums of money to finish it, but, in return, it was a great success at the box office. Even after its release, he continued to make improvements to it. Because the true passion of the controversial man was airplanes and not cinema, he acquired the TWA airline. Hughes had a long love affair with K. Hepburn who understood his disturbance and helped him to control it. However, she left him because of his frequent infidelities.

In his phases as a designer and pilot, he broke a speed record and a time record by flying around the world in just three days. Thanks to his contract with the Air Force, he built a reconnaissance aircraft and the huge Spruce Goose. However, Trippe became a thorn in his side when he used his powerful influence to give PanAm a monopoly on international aviation. Because of Trippe’s intrigues, Hughes ended up appearing before an investigation committee, where he showed his great intelligence and came out the winner.

Who was Howard Hughes?

Howard Hughes was once the world’s most talked about entrepreneur. He was legendary for his bold business tactics, his aviation achievements, and his extravagant personal life. The popular movie “The Aviator” has sparked a new interest in this fascinating entrepreneur.

Born into a well-to-do family in Texas 1905, Howard was not one who enjoyed attending private school in Boston. At the age of seventeen he withdrew, but thanks to a donation from his father to Cal Tech, Howard was able to attend college classes. Howard later returned to Texas and attended Rice University. Shortly after his eighteenth birthday, Howard’s father died, and Howard left Rice after inheriting most of the family estate, including the Hughes tool company.

Hughes was not simply an eccentric billionaire, but a truly accomplished aviator. He won the 1934 U.S. air meet in Miami with a speed record of 352 mph in the “h-1” experimental military aircraft. Hughes also flew around the world in 1938 with a small crew, and broke Lindbergh’s record from New York to Paris in half with a time of 3 days, 19 hours, and 17 minutes.

More about “The Aviator”: