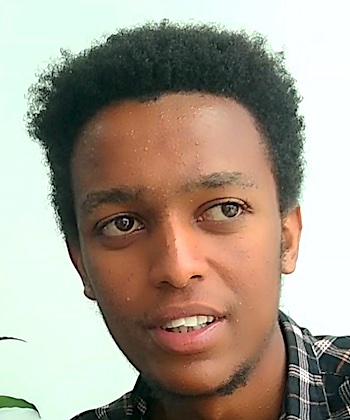 The movie “The Lion King”

“Hello! My name is Honelign Selamu and I come from Ethiopia. My goosebump moment is about a movie called “The Lion King”. If you have not watched “The Lion King”, it is about a young lion who is named Simba and his father was killed by an accident which was staged by his uncle Scar. Scar convinced him to run away from his home because his pride of lions would hold him responsible for the death of his father. So, Simba runs away from his home, and he finds two of his friends Timon and Pumba. So, my goosebump moment that really gave me goosebumps was the moment that while he was living with his friends, he finally finds his childhood friend Nala. That scene really gave good goosebumps, it was just great. It was a great scene.”

One of the most beloved films

This is possibly the oldest movie on this list, but it is still one of the most loved by the public. “The Lion King” tells the story of Simba, the son of Mufasa, the king of the savannah. During his adventure we will meet characters as well remembered and loved as Timony and Pumba, two of the great figures of children’s cinema.

Despite its age, it was released in 1994, its animation still feels very current and manages to remain as one of the best animated films ever released. Much of this success was due to its soundtrack that won an Oscar, as well as the song “Can You Feel the Love Tonight”. But the most remembered melody of the film was one that, curiously, was not in its script: “Hakuna Matata”. Instead, there was one about eating bugs, which the director didn’t like, so he asked his team to find a funnier tune with more hooks.

Simba, the son of King Mufasa, is destined to become the next monarch. But his uncle, the evil Scar, will not allow it. Scar murders Mufasa and blames Simba for the murder, so the little boy is banished, and Scar is crowned.

In the middle of his escape, Simba falls exhausted in the middle of a desert region where he is found by the meerkat Timon and the warthog Pumba, who protect him and take him to the jungle, where they live together until the lion grows up and reaches adulthood. One day Simba is reunited with Nala in the jungle, and they discover that they are in love with each other.

Nala urges him to return to Pride Lands and reclaim the kingdom, which has become a wasteland without enough food and water under Scar’s rule. However, Simba refuses to follow her recommendation as he continues to feel guilty about Mufasa’s death. It is not until his encounter with Rafiki, his father’s former friend and advisor, that Simba overcomes Mufasa’s death, and is motivated to return to Pride Lands to end his uncle’s reign.

Once in the kingdom, Simba confronts Scar, who confesses his responsibility for Mufasa’s death. Enraged, Simba manages to corner him after a chase, but the old lion begs for mercy and blames the hyenas as the real killers of his father.

During the confusion that this revelation provokes in the young man, Scar takes advantage of the occasion to attack his nephew by surprise. However, the hyenas intervene, throw Scar into the fire after hearing his accusation and insults, and flee the kingdom.

Simba is reunited with Nala and Sarabi, as well as his friends Timon and Pumba, and is proclaimed the new king of Pride Lands. In the last scenes, and sometime after Simba’s inauguration, Rafiki is seen introducing Simba and Nala’s cub to the other animals of the kingdom.

One of the highest-grossing films

After the success achieved with “Beauty and the Beast” and “Aladdin”, Disney seemed ready to recover the empire that was starting to slip through their fingers. So, it decided to bet big on its new project, “The Lion King”, the first animated film it produced without basing it on any classic tale, but on a totally original idea. The result was a story that dazzled both children and adults, becoming one of the ten highest-grossing films in the history of cinema at the time.

The plot of “The Lion King” emerged at the end of 1988, in a conversation between Jeffrey Katzenberg, Roy E. Disney and Peter Schneider while flying to Europe to promote “Oliver & Co.” Discussing the possibility of the story being set in Africa, Katzenberg was immediately hooked on the project.

Development of “The Lion King” began at the same time as “Pocahontas”, with most of the Walt Disney Feature Animation animators working on the latter because they thought it was going to be the more successful and prestigious of the two. The screenwriters didn’t have much faith in the project either; Chapman, for example, stated that he originally didn’t want to take on their work “because the story wasn’t very good,” while writer Burny Mattinson commented to Joe Ranft that he “didn’t know who was going to want to see this film”.

The music for the animated film released in 1994 won two Academy Awards for Best Original Song and Best Score, four Grammy Awards and two Golden Globes. The soundtrack was No. 1 on the Billboard 200 album chart for 10 non-consecutive weeks and was an RIAA-certified Diamond album, with 10 million copies sold.

More about “The Lion King”: