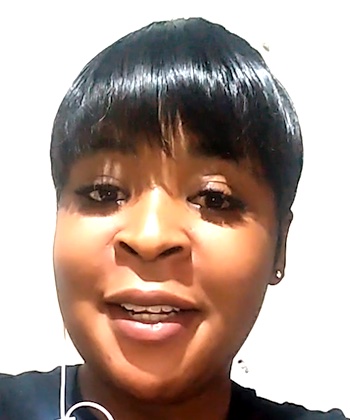 Salome: “Hello, I am from Zambia. My recent goosebump moment was when I was watching a movie called “Triumph”. I learned so much from that movie because that movie was related to my story at the moment. I have been through a lot of pain recently and I wonder why I just don’t give up. It’s because I believe I am meant for something greater and until I achieve my purpose, then I am ready to go. You know I learned a lot of things: that the same pain is what I should be using, should be my tool to succeed, should be my tool to prove people wrong. Those people who have a bad perception about me. It is slot88 a tool I can use to prove them wrong. So, thumbs up.”

“Triumph” is about a bright and determined high school senior who strives to be a fighter despite having cerebral palsy and who goes to extreme lengths, crushing obstacles whilst inspiring others along his journey to prove his abilities.

The film is set in the mid 80’s and shows us incredible scenes that touch our hearts and give us goosebumps.

A bright and determined teenager who has mild cerebral palsy strives to be a wrestler on his high school team and does his best to good-naturedly win the heart of a classmate, the girl of his dreams.

The story was inspired by some memories of youth and high school days growing up with the physical challenges of moderate cerebral palsy. Many of the scenes were inspired by real experiences with the main character’s dad, friends, classmates, a coach and his senior English teacher, whom he also wrote into his script using his real last name.

Thus, this story is a collection of some of his memories and experiences, which he used in various semi-fictional ways to create a film that is hopefully very inspiring, entertaining and enlightening.

The film was shot primarily in Nashville in August 2015, with the remaining scenes shot in Los Angeles in 2019.

Michael D. Coffey wrote “Triumph” not only to entertain people, but also to help promote awareness and understanding of cerebral palsy. He also stressed that cerebral palsy is not a disease. Cerebral palsy (CP) is usually caused by a lack of oxygen to the brain before, during or after birth.

In recent years, there has been a growing Hollywood movement for disability inclusion and authenticity in film and an increased awareness of the anti-bullying movement. With the strong awakening of these important movements, these same themes in “Triumph” are relevant because they teach us that understanding disability and inclusion are important.

“Triumph” stars RJ Mitte and Terrence Howard, along with other top Hollywood talent such as Colton Haynes, Johnathon Schaech and Grace Victoria Cox.

The film was directed by Brett Leonard and produced by Massimiliano Musina of The MAP Group, Michael Clofine of Digital Ignition Entertainment.

More about the movie “Triumph”: