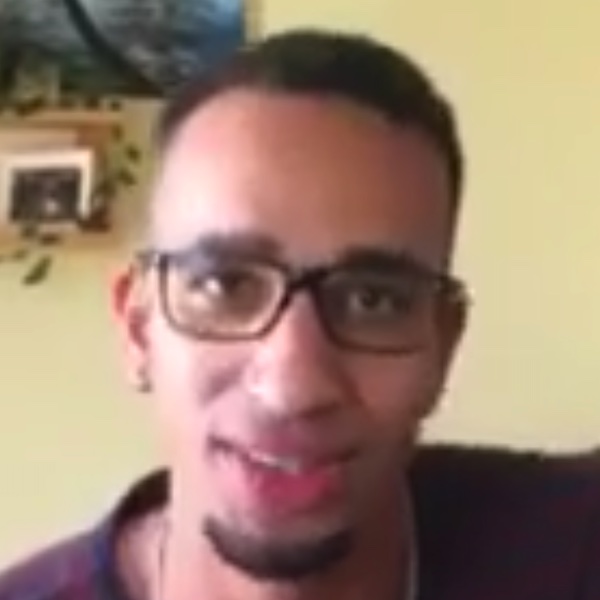 "The Phantom of the Opera"

Arsenio: “Hello everyone. My name is Arsenio Delgado, I’m from Cabo Verde – West Africa and my GoosebumpMoment was when I saw for the first time the entrance scene of “The Phantom of the Opera” from 2004. I say it because let’s imagine, I was at home at night before midnight going out with my friends and I decide to turn on the TV and suddenly I see that scene of that old guy in the auction about to buy the chandelier and then the scene start like rebuilding everything and then the music starts *sings “Phantom of the Opera” theme song* and everything starts to be like renewed and then the scene starts. I was like this mesmerised and that night I couldn’t even go out with my friends. I stayed in and watched the whole movie and today that’s my favourite movie of all time. Thank you that was… I shared my story now, so see you guys next time!”

From theater to film adaptation, “The Phantom of the Opera” is a world-class musical phenomenon that has given its audience the surreal experience of love, music and emotion, all in one performance.

Erik, the main character in the story, better known as “the phantom”, is a personality to be unraveled.

What is “The Phantom of the Opera” about?

“The Phantom of the Opera” film, based on a 1986 musical of the same name, opened in the United States in 2004 and stars Gerard Butler, Emmy Rossum, Patrick Wilson, and Minnie Driver.

This stage production is the longest running Broadway musical and is known for its timeless music written by composer Andrew Lloyd Webber. Webber’s musical is based on a novel called “Le Fantôme de l’Opéra” by Gaston Leroux.

In “The Phantom of the Opera”, Christine Daaé (Rossum) is a young dancer who works in an opera house. At the beginning of the film, the theater is preparing a production of “Hannibal” starring Carlotta Giudicelli.

The theater often deals with strange events caused by a “Phantom of the Opera”, and this leads to Carlotta leaving. Instead, Christine is the protagonist because of her beautiful singing voice. She later reveals that he receives lessons from someone called the “angel of music”, and believes that her father sent the angel to her when he died.

Christine is reunited with her childhood sweetheart Raoul, Viscount Chagny (Wilson), and out of jealousy, the “Phantom of the Opera” reveals that he has been her music teacher.

The rest of the film follows the Phantom’s obsession with Christine. As Christine continues to grow in her relationship with Raoul, the Phantom wreaks havoc at the opera.

Did the actors really sing in ‘Phantom of the Opera’?

Before being cast as Christine, Rossum was a trained singer. At the age of 7, she joined the Children’s Choir of the New York Metropolitan Opera where she spent several years singing.

Wilson also had experience as a singer. Before the actor was cast as Raoul in “The Phantom of the Opera”, he appeared in several Broadway musicals.

He received Tony Award nominations for his roles in ‘The Full Monty’ and ‘Oklahoma!’, and after playing Raoul in ‘The Phantom of the Opera’ he returned to Broadway and starred in ‘Barefoot in the Park’ and ‘All My Sons’.

However, while actors like Rossum and Wilson had experience in singing and theater before being cast in this film, other actors did not.

Butler ended up receiving singing lessons after being cast as the famous “Phantom of the Opera”.

Of all the leading actors, Driver did not sing like Carlotta. This is because Carlotta is a trained opera soprano and Driver did not have the experience to sing that way. In the film’s credits, singer Margaret Preece is credited as Carlotta’s singing voice.

Another interesting point about this film, which was very successful at the box office, is that it was dubbed into Spanish by the singers of the homonymous musical from Madrid, although the lyrics of the songs were slightly modified to adapt to the lip movements of the original actors.

More about The Phantom of the opera: