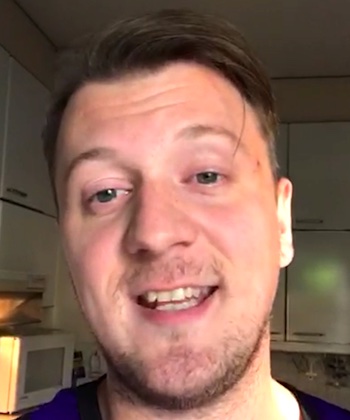 The passion for the Champions League – Ville’s goosebump moment

Ville: “Hello! I am from Finland and my goosebump moment is my first time in a Champions League match. So, this goes back a few years. It was a group stage game in the Champions League, Dortmund vs Tottenham in Dortmund. And, at the time I was living with my friend in the Netherlands and we drove all the way to Dortmund to see the game. Once we got to the stadium and tried to get in with our tickets, the machine said: “invalid ticket”. We went to the customer service, and they told us that somebody else has already come in with our tickets. No idea how that happened. Started to panic, “we are going to miss the game”, but 15 minutes later we found a guy selling tickets. Got our new tickets, went in, heard the Champions League music playing, the audience roaring, the stadium packed to the last seat. And that was my goosebump moment!”

The most vibrant football matches

Football is a machine that generates mixed feelings and emotions. It is a global and popular phenomenon that is experienced in all five continents with the same passion. That is why going to the stadium is an experience that every fan must live. It is precisely the Champions League, one of the leagues with the most vibrant matches where anyone would want to be.

When watching a football match, it is practically inevitable to scream, stand up, suffer, laugh or cry to celebrate a goal, even more so if you are attending a match of the highest European competition in a final phase. Witnessing this event with friends or family is something very emotional, which creates bonds between the people who enjoy it together.

The tournament with the most fans in the world

The UEFA Champions League is the most prestigious official international football tournament at club level and is the most followed in the world, with more than 350 million viewers in 2018.

Disputed annually, it was created at the initiative of the newspaper L’Équipe in the 1955-56 season under the name of the European Champion Clubs’ Cup (in French, Coupe des Clubs Champions Européens), with a direct elimination format.

Designed to find the best club on the continent, in 1992 the tournament was restructured to include for the first time a league or group stage competition format as a preliminary step to the knockout phase and was renamed the current name for the 1992-93 edition, consolidating that format.

Originally, the teams that qualified for participation in the competition were the champions of the national leagues, but in 1997, the runners-up also began to participate and, in 1999, those classified up to fourth place, depending on the UEFA coefficient of each league, 5 with those with the lowest coefficient having to pass the group stage.

Real Madrid Club de Fútbol is the most successful with thirteen titles. The Spanish federation has won the most championships with eighteen, followed by England with fourteen and Italy with twelve.

How difficult is it to get into a Champions League match?

Watching a football match of the most prestigious official international football tournament at club level among those organized by the Union of European Football Associations is every football fan’s dream.

However, have you ever wondered how difficult it might be to attend a match of Europe’s top competition at the final stage?

One thing to consider with most teams is that their ticket sales are prioritized for members, which makes it a bit tricky to find a ticket.

However, situations such as practically defined playoffs help to have seats for the general public. Another important fact is that they can always be purchased online, so you can buy them from your place of residence.

It is always advisable to buy Champions League tickets in advance. General sales are usually a couple of weeks before the matches.

More about the Champions League: