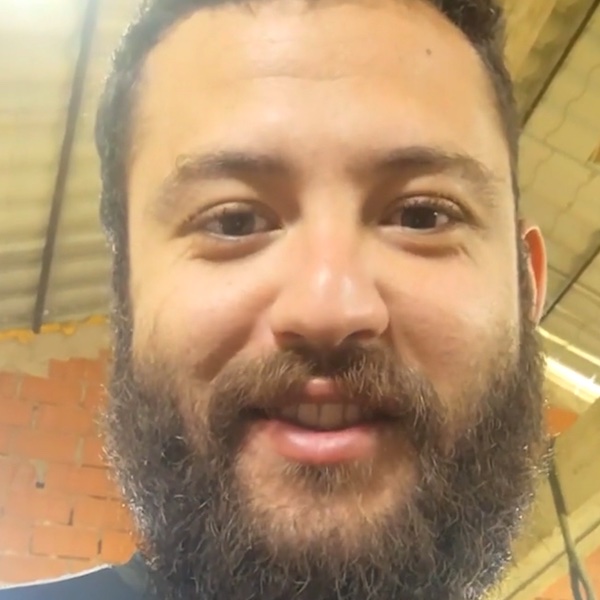 Menad: “Hello, I come from Algeria. My GoosebumpMoment was in 2010. It was in the Africa nation cup quarter final between Algeria and the Ivory Coast. It was so emotional, it was wonderful and I cried that day because I wanted my country to be qualified for the semifinals and it was lot of suspense because the Ivory Coast scored in the 89th minute and Algeria tied in the 90th minute and in the 93rd minute Hammeur Bouazza scored a wonderful goal. I cried so much this day. I’ll never forget this moment.”

Algeria in the semifinals

Algeria won from the Ivory Coast 3-2 in a dramatic match that went into extra time, putting the team into its first African Cup of Nations’ semi-final in 20 years.

It was a game of maximum emotion that made its fans cry. Despite the suspense as the Ivory Coast scored in the 89th minute and Algeria tied in the 90th minute, the victory finally came and became a GoosebumpMoment for the Algerians.

Algeria recovered from the brink of elimination to defeat title favourite the Ivory Coast with 3-2 and reach the semi-finals of the African Cup of Nations.

When the match started, the main concern of the Ivory Coast’s coach Vahid Halilhodzic was the rust from the last match nine days ago. Algeria had something to prove after allegations that they and Angola had “fixed” a goalless draw in Group A in Luanda to ensure that they both qualified at Mali’s expense.

But if the Ivorians were rusty, it wasn’t shown in four minutes as they reacted faster in a goal scorer fight and Kalou hit the ball past goalkeeper Faouzi Chaouchi to give the West Africans a perfect start.

The early attacking traffic was largely headed towards the goal of the white-uniformed Algerians and Rafik Halliche was lucky enough to escape with impunity when he fouled Drogba inside the box and Côte d’Ivoire should have been awarded a penalty.

Gradually, Algeria was showing more confidence in attacking their opponents and, after getting close several times, the North Africans deservedly tied as the break drew near.

A high pass into the Ivory Coast’s penalty area missed friend and foe and fell temptingly to Borussia Moenchengladbach’s Matmour, who left Boubacar Barry defenceless with a shot that hit a post.

A fascinating seesaw match continued to offer scoring opportunities at either end with Drogba narrowly missing to reach a cross from Kalou and Barry frustrating Matmour as he pushed through and had only the goalkeeper to beat.

But the second-half mistake came five minutes from full time when Kouassi ‘Gervinho’ Yao cleared when Bougherra failed to intercept a pass only to shine with only Chaouchi to win. In a sensational climax of regulation time, Keita scored six minutes after replacing Kalou with a candidate for goal of the tournament, unleashing an unstoppable shot from outside the box to the roof of the net.

However, Algeria refused to give up, and unmarked defender Bougherra was the first to cross in the 92nd minute and headed the ball up and down on Barry to bring a thriller into extra time.

The African Cup of Nations

The African Cup of Nations is the competition of national football teams organized by the African Football Confederation. It has been held at regular two-year intervals since 1960. The national team with the most titles is Egypt with seven. In the first African Cup of Nations in 1960, only six countries participated. Since then, more countries have been added to include almost all African countries.

This cup consists of two stages: a qualifying round and a final round, the latter usually considered as the event itself. The number of participants in this final round has varied over the years: 6 participants between 1960 and 1969, 16 between 1972 and 2020 and currently 24 teams out of 37 countries on the continent.

More about The quarter final between Algeria and Ivory Coast: