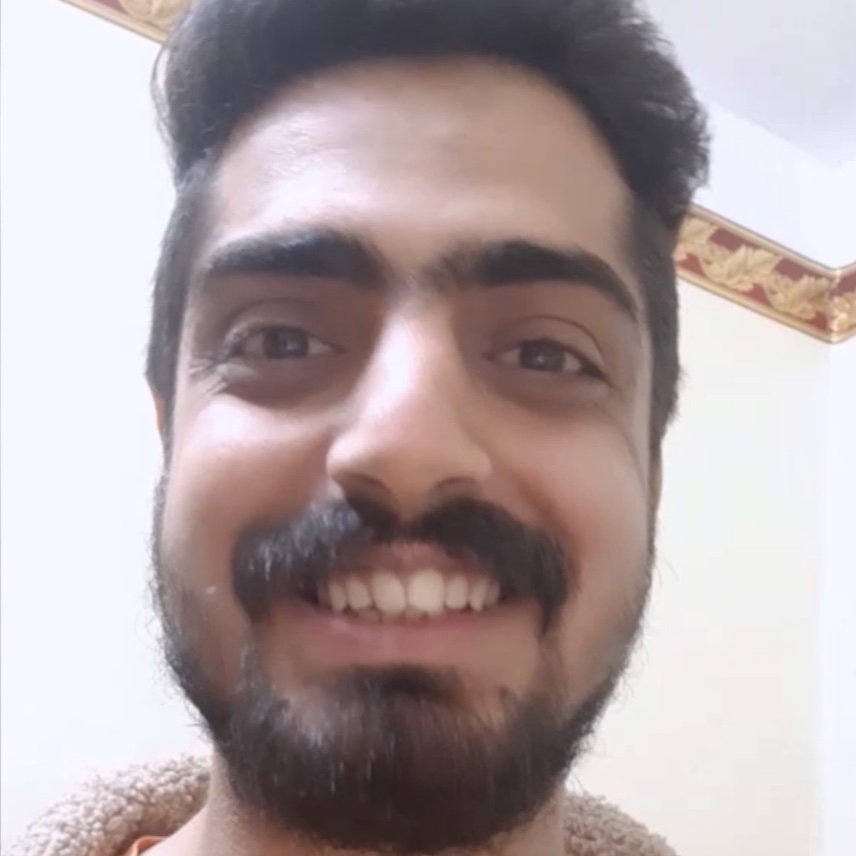 Mina: “Hi, my name is Mina. I am from Egypt. As for the goosebump moment that I experienced, it was in the fifth round of the qualifiers to the World Cup finals Russia 2018: the Egyptian national team against the Congo national team. In the 63rd minute the star, Mohamed Salah, the Egyptian star and best player in the English Premier League scored the goal to progress for the Egyptian team. But the joy did not last long and in the 87th minute and three minutes before the end of the normal match time the Congo national team scored the amendment goal and this was a goosebump moment for all Egyptians in the streets, squares, houses, in cafes, everywhere. Because the cry was an attempt to attain the dream of reaching the World Cup after an absence of 28 years and this screaming lasted about 6 to 7 minutes and we all shouted a big cry and said “Oh God!”. In the third minute of the extra time for the match Mahmoud managed to score by obtaining a penalty kick for the Egyptian team. With iron nerves, star Mohamed Salah managed to score the penalty kick and he led the Pharaohs to reach the end of the World Cup Russia 2018. From here the goosebumps in the 87th minute turned into the cry of joy in the 94th minute.”

Salah’s goal that unleashed the madness

Few things in life generate as many emotions as football and what better episode than a goal in the 94th minute that qualifies your team for a World Cup. This emotion was the one experienced by the Egyptian fans in 2017 after the team managed to qualify for the World Cup in Russia after beating Congo in the last part of the match, with a goal from Salah that unleashed madness.

Salah, carried on the shoulders of his teammates, described it as his “childhood dream”. So many fans filled the streets of Cairo that, at one point, an army helicopter appeared and dropped Egyptian flags from the air. Many fans screamed and cried to relive the experience of seeing their country at another World Cup event.

How Egypt qualified for the 2018 World Cup

For the Africa Qualifier, Egypt qualified in 2017 after beating Congo in an agonizing 2-1. The team led by Argentine Héctor Cúper was back to play a World Cup after an absence of 28 years. Their last participation was in the 1990 World Cup in Italy, while the other World Cup event occurred in Italy 1934.

The finish was electrifying. With three minutes to go, Congo drew with a goal from Moutou (England’s Liverpool star Mohamed Salah had scored earlier). However, there were still many emotions in the mix, because at 93′ they charged him a penalty in favor of Egypt, which Salah himself changed for a goal at 94′.

In this way, the Pharaohs took over Group E of the African zone.
The dramatic end unleashed the celebration of the thirty thousand spectators gathered in a military stadium in the Mediterranean port of Alexandria.

The celebration was felt at all levels and spread to the different cities of a country accustomed to disappointment in the qualifying rounds. It was common to see vehicles whose occupants honked their horns and waved the red, white and black Egyptian flags. In Cairo, a military helicopter launched hundreds of the country’s flags from the air towards thousands of fans gathered in the iconic Tahrir Square.

However, Russia defeated the Pharaohs with goals from Fathy, Dzyuba and Cheryshev in June 2018.
The African team had shown more presence during the first half, but failed to deliver and the Russians snatched the victory from them during the second half of the match. With this result, the Russian team positioned themselves to qualify for the round of 16.

Mohamed Salah was born on June 15, 1992 in Nagrig. He is considered one of the best African players in the history of football and his professional career led him to emigrate from Egypt to Switzerland, and later from England to Italy, including a return trip, to end up triumphing at Liverpool FC.

With the Egyptian team, he won a Bronze Medal at the U-20 African Cup of Nations. They also participated in the 2011 FIFA U-20 World Cup, the 2012 Olympic Games and the 2017 African Cup, where Egypt was runner-up against Cameroon and also qualified for the 2018 Soccer World Cup.

Mohamed Salah became the top scorer in the FIFA World Ranking in the CAF, being recognized by the CAF as the most promising African talent of the year in 2012.

In the 2017-18 season, he was the Premier League Golden Boot with 32 goals, as well as being recognized as the best player in the competition by the PFA and the FWA. He won the Puskás Award for the best goal of the year 2018.

More about Salah goal that fires Egypt to Russia