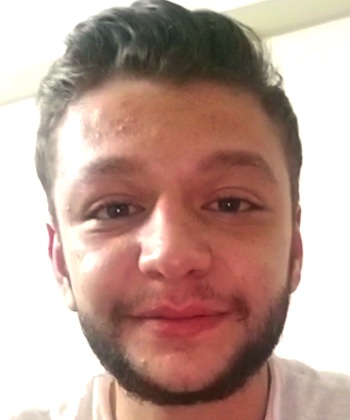 Adnan: “Hello! I am from Lebanon and my goosebump moment was when I was watching “The Shawshank Redemption” movie. It was a very emotional movie and the main character in the movie was named Andy Dufresne and he was accused of committing crimes that he never did and he was going to spend the rest of his life in prison. But he had hope and never gave up and he spent 18 years tunnelling through the wall of his cell with only just a rock hammer. In the ending scene after all these years he managed to escape the prison and felt free for the first time in 20 years. I felt goosebumps in that scene and I had a wonderful feeling that I have never had before.”
(<<)

A film about hope

“The Shawshank Redemption” is a 1994 American drama film written and directed by Frank Darabont, based on Stephen King’s 1982 novel “Rita Hayworth” and “Shawshank Redemption”. The movie tells the story of banker Andy Dufresne, who is sentenced to life in prison at Shawshank State Penitentiary for the murders of his wife and her lover, despite his claims of innocence.

Success of “The Shawshank Redemption”

Director Frank Darabont acquired the film rights to King’s story in 1987, but development did not begin until five years later, when he wrote the screenplay over an eight-week period. Two weeks after submitting his script to Castle Rock Entertainment, Darabont secured a $25 million budget to produce “The Shawshank Redemption”, which began pre-production in January 1993.

Although the film is set in Maine, principal photography took place from June to August 1993 almost entirely in Mansfield, Ohio, with the Ohio State Reformatory as the eponymous correctional facility. The project attracted many stars of the era for the role of Andy, including Tom Hanks, Tom Cruise and Kevin Costner. Thomas Newman scored the film.

The film received critical acclaim upon its release, especially for its story and the performances of Robbins and Freeman, even though it was a disappointment at the box office, earning only $16 million upon its release.

Many reasons were cited at the time for its failure, including competition from films such as “Pulp Fiction” and “Forrest Gump”, the general unpopularity of prison films, the lack of female characters, and even the title, which was considered confusing to audiences. It received multiple award nominations, including seven Oscar nominations, and a theatrical re-release that, combined with international box office, boosted the film’s gross to $58.3 million.

Decades after its release, the film continues to be regularly aired, and is popular in several countries, with audience members and celebrities citing it as a source of inspiration and naming the film as a favorite in various polls. In 2015, the Library of Congress selected the film for preservation in the National Film Registry as “culturally, historically or aesthetically significant”.

The making of the film

Shooting “The Shawshank Redemption” regularly required workdays of up to 18 hours, six days a week. Morgan Freeman described the shoot as tense. In addition, producer Niki Marvin spent five months scouting prisons across the United States and Canada, looking for a location that had a timeless aesthetic and was completely abandoned, hoping to avoid the complexity of shooting the necessary footage, for hours each day, in an active prison with the security difficulties that would entail.

Marvin ultimately chose the Ohio State Reformatory in Mansfield to serve as the fictional Shawshank State Penitentiary in Maine, citing its Gothic-style stone and brick buildings. The facility had been closed three years earlier, in 1990, due to inhumane living conditions.

The film was shot in one of the cramped cells of the actual prison. Scenes were also filmed in Mansfield, as well as in neighboring Ashland, Ohio. The oak tree under which Andy buries his letter to Red was located near Malabar Farm State Park in Lucas, Ohio; it was destroyed by winds in 2016.

More about “The Shawshank Redemption”: