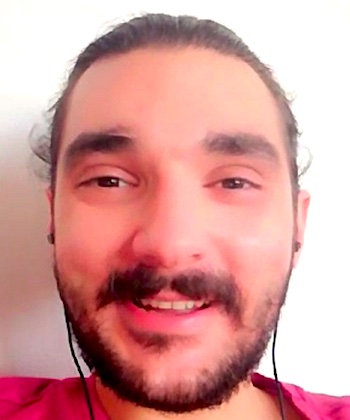 “Hi! I am from Iraq. The best movie I have ever seen in which I can still remember that goosebump moment was “Finding Dory”. I watched it in 2018 and especially the scene where Dory remembered the song “Just Keep Swimming”. It gives me the idea that we as humans need to fight for what we want to do, what we love, to accept ourselves, and just keep swimming as Dory says or as her parents taught her to say to herself. One of the best moments that have given me the chills, gave me the motivation to always just keep swimming.”

A message of persistence

When “Finding Nemo” was released in 2003, it was Dory, the brave and forgetful blue fish, who taught us all, in the face of adversity, to “Just Keep Swimming.” This is Dory’s signature song, which she uses as a mantra to calm herself and give herself strength to never give up.

The little fish may not always know where she is or what she is doing there, but she can keep moving forward and that is precisely the message of persistence she leaves us with in the face of the adversities that come our way in life.

It also motivates us not to conform, not to give up. Even if we momentarily forget our mission, we must take it up again and move forward, no matter how complicated and arduous it may seem. Along the way we will always find other people who can help us and whom we will also bless with our presence.

All about the song “Just Keep Swimming”

“Just Keep Swimming” is Dory’s signature song in the 2003 Disney/Pixar animated film Finding Nemo and its 2016 sequel Finding Dory. However, it was not included on the film’s soundtrack or the sequel’s soundtrack.

The song is first sung when Dory and Marlin swim to the abyssopelagic zone to find the mask while Marlin is constantly annoyed. It is briefly sung again by Dory during the end of the film, when Marlin tells a group of groupers caught in a fishing net to swim down as the groupers break the giant fishing net.

In one of the flashbacks in the movie Finding Dory, Dory’s parents, Charlie and Jenny, teach their daughter the song when she was a baby fish. Later, in the present, in the touch pool area of the Kid Zone, Dory tells Hank to keep swimming, just as her parents taught her, in which Hank tells her that it is too dangerous to move due to children touching the animals.

Suddenly, after Dory sings while guiding Hank to escape, dozens of worms warn Dory and Hank about Poker’s Cove, the part of the touch pool where animals are often touched by humans.

The story centers on Dory, the regal blue butterfly, who is separated from her parents, Jenny and Charlie, as a child. As she grows up, Dory tries to find them, but gradually forgets them due to her short-term memory loss. Later, she teams up with the clownfish Marlin to search for Nemo.

The film was produced by Pixar Animation Studios and released by Walt Disney Pictures. It was directed by Andrew Stanton and written by Stanton and Victoria Strouse. It also features the voices of Ellen DeGeneres and Albert Brooks, and with Hayden Rolence, Ed O’Neill, Kaitlin Olson, Ty Burrell, Diane Keaton and Eugene Levy in the cast.

The message of this film

From its opening line, “Hi, my name is Dory and I suffer from short-term memory loss,” it’s clear that Pixar’s “Finding Dory” conveys very pointed messages about disability and society’s treatment of members of the disabled community.

Perhaps one of the most interesting aspects of the exploration of disability in “Finding Dory” is that she is not the only character who is confronted with it. Early in the film, she meets Hank (Ed O’Neill), an octopus with what appears to be agoraphobia. Later, she is reunited with a childhood friend, Destiny (Kaitlin Olson), a whale shark whose nearsightedness causes her to constantly bump into the walls of her tank.

She also meets Bailey (Ty Burrell), who suffers from a kind of delirium. There’s a water bird who can’t communicate verbally but always manages to find her questing target. And, of course, there is Nemo, whose disability is not mentioned in this film, but is made evident in the disappointment he feels when Marlin underestimates Dory. When he accuses Marlin of making Dory feel that she can’t succeed in her mission because of her memory, it’s a callback to the first film, when Marlin hovered and protected Nemo because of his weak fin.