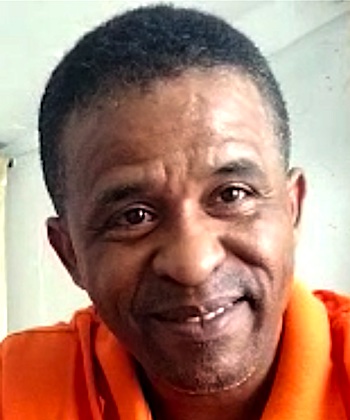 “Hello everyone! My name is Edwin and I come from Malawi. My goosebump moment was the first time I visited Swaziland. The human warmth of the Swazi people and their incredible culture made me feel very lucky to be in that place. Swaziland is a destination that offers a unique experience for its magical landscapes, its rivers, mountains, and its fauna. But also for its ceremonies and celebrations because they show us the unique identity of the Swazis. They are really kind people and seeing this gave me goosebumps and it was a unique moment in my life. Thank you!”

Africa is one of the most admired continents in the world due to its rich culture emanating from its diversified groups. Among the outstanding cultures of South Africa, the most prominent is that of the Swazi. The Swazi culture is an exciting tribe that has attracted the attention of residents and tourists alike for years. The aspect that makes this ethnic group even more famous is their South African dress, which most people know as traditional Swazi attire.

Who makes up the Swazi?

Since there are many cultures in a country, it is vital to know the identification of the Swazi tribe. Swazi refers to a tribe, nation or ethnic group that speaks the ‘siSwati’ language. Most siSwati speakers reside in South Africa and Mozambique. In South Africa, Swazi can be found in Swaziland, which is a small landlocked country with an estimated 17, 368 square kilometers.

Since they are the dominant tribe in this region, Swaziland is often referred to as “Swati land”. For those wondering, Swati is also another name used to refer to the Swazi nation.

History of the Swazi tribe

The Swati tribe acquired its name after the prominent king Mswati II, who acquired his throne in 1839. The lineage of this ethnic group can also be traced back to the era of chief Dlamini, which up to date is the royal clan title. Roughly three-quarters of these Dlamini clan names comprise of the Nguni tribe, and the other quarter belonging to the Sotho and the Tsonga. With time, these clans have intermarried amongst themselves.

When comparing these tribes, you will note minor differences among the Swazi group. Despite the differences, this nation still extends its devotion to the duo monarchs of Ngwenyama ‘the Lion’ (which is seen as the king) and Ndlovukati ‘the She-Elephant (which is regarded as the queen mother).

Marriage units in the Swazi tribe

The Swazi traditional wedding is one of the most favorite ceremonies in South Africa. Not only is it a beautiful occasion, but a time to admire the traditional attire styles. In this tribe, unions between the same clans are forbidden, and this helps maintain social ties. In the past, polygamous marriages were normal, but presently, they have reduced due to the spread of Christianity. Sub-clans are frequently formed to facilitate the union of members of the same clan. Divorce is also present in this ethnic group and has increased because of urbanization.

On the other hand, it is obvious that the South African traditional clothing stands out when one is looking at the African traditional dresses and skirts. In this tribe, the Swazi traditional dresses are particular to gender and age. According to the Swazi culture clothing, infants aged 3 months are clothed with protective medicines only. Males that are between 3 months and three years are given tiny loin skin to wear, whereas the females of the same age group are required to wear no cloth or sometimes wear a string of colorful beads.

More about the Swazi tribe: