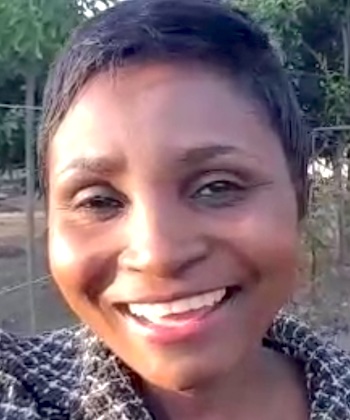 Joyce: I am from Zimbabwe. My goosebump moment was when I saw Victoria Falls for the very first time. The locals there call it Mosi-oa-Tunya the smoke that thunders. It is an amazing place to be. You can actually feel it, you can actually hear the thundering of water as it hits down the bottom of the gorge and when you behold the falls, I cannot even describe the feeling. It was just heart pumping, adrenaline rushing it was just some therapeutic feeling, a calming feeling I cannot even describe it. All I can say is it was a goosebump moment. Well, that was my goosebump moment.

A unique adventure in Africa

The huge waterfall located in the heart of the African continent is one of the greatest natural wonders of the world. For those who think of a trip out of the ordinary, Victoria Falls represents a worthy adventure to enjoy Africa in a unique and true way.

Celebrities from every corner of the world travel at any time of the year to enjoy a breathtaking helicopter ride over the Victoria Falls, which is undoubtedly the best panoramic version of a visit for the most demanding travelers.

Victoria Falls: Spectacle of the World

The Victoria Falls National Park in northwestern Zimbabwe covers 23.4 km². Together with Mosi-oa-Tunya National Park in Zambia, they were inscribed by Unesco in 1989 on the list of World Heritage Sites. A notable feature of the park is the rainforest that grows near the froth of the falls, which includes ferns, palms, creeping vines, and various trees such as mahogany that are not seen elsewhere in the region.

Visitors have the chance to see elephants, Cape buffalo, white rhino, hippo, elk, and various types of antelope during game drives and walking safaris. Crocodiles can be seen in the river, and a nearby crocodile ranch offers a safer view of these dangerous animals.

One of the curious facts is that near the falls, stone artifacts attributed to Homo habilis from 3 million years ago were found, as well as other tools indicating occupation of the area during the Middle Pleistocene (from around 50 thousand years ago), as well as weapons, ornaments and hoes indicating the presence of Neolithic hunter-gatherers (between 10. 000 and 2,500 years ago), who were replaced about 2,000 years ago by farmers of people using iron tools and livestock who had lived in fortified villages.

In addition, the railroad line linking Livingstone and Kazungula runs through the park and over the falls, a unique spectacle. In a carriage over this bridge, a historic agreement was signed.

In addition to the Victoria Falls, nature in its purest form and one of the main attractions of the country, which has brought prosperity to the people of Victoria thanks to tourism, there are other attractive places to visit.

Bulawayo is the second largest city in the country, with all the western comfort. The contrast of this modern architecture with the tribal vestiges around the city makes it a highly recommended destination. Another tourist place is Matopos National Park which is located 32 kilometers south of Bulawayo. You can see a multitude of ancient rock paintings and a landscape worthy of the deepest Africa.

You will also find the ruins of Great Zimbabwe which are divided into three groups: the temple, the acropolis and the wall surrounding the temple, whose function is still unknown. If you choose Zimbabwe and its tourism, be sure to visit these and other places that will make your trip unforgettable and mingle with its people and culture in local markets or restaurants to taste its typical cuisine.

More about The Victoria Falls: