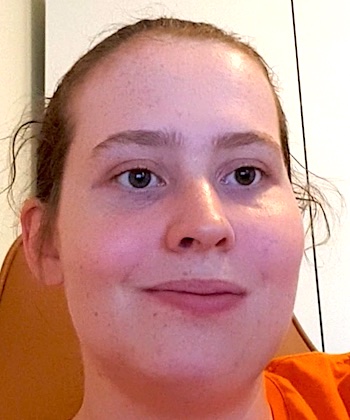 Annika: “Hello, I am from Norway. My goosebump moment was when I hiked the Annapurna circuit trek in Nepal, and walked all the way to the Thorong La Pass with my friend. The pass was at an altitude of 5416 meters, and we had hiked for many days to get there. The nature around us was beautiful, and it kept changing the higher we went on our journey. The whole trip made a big impact on me, and reminded me how beautiful and diverse nature is, but also how small and insignificant we are as humans in such a vast mountain landscape. It was definitely an experience that I will remember for the rest of my life!”

The highest pass in the world

Thorong La or Thorung La is a mountain pass with an elevation of 5,416 meters (17,769 feet) above sea level in Damodar Himal, north of the Annapurna Himal in central Nepal. Khatung Kang and Yakawa Kang are the mountains that form Thorong La.

The pass is located on a trail that connects the village of Manang in the Manang district to the east, with the Muktinath temple and the nearby village of Ranipauwa in the Mustang district to the west. Thorong La is the highest point of the Annapurna Circuit, a 300 km (190 mile) route around the Annapurna range. In addition to hikers, local traders regularly use the pass. It is known to be the highest pass in the world and is possibly the most used pass as well.

Trekking Thorong La Pass: how difficult is it?

Thorong La Pass is the highlight of the Annapurna circuit at 5,416 meters altitude and one of the most difficult treks on the Annapurna circuit. At this altitude, there is only half the oxygen that is available at sea level. Basically, this means that every step you take feels like you’ve just run a marathon.

However, the Thorong La trek is far from impossible. With enough preparation and time, anyone can do it. The secret is to allow your body enough time to acclimatize to the altitude.

Most trekkers cross the pass from east to west (Manang to Muktinath), which is the easiest and safest direction. It is not possible to cross Thorong La from Manang to Muktinath in one day. Trekkers usually spend the first night at Yak Kharka and the second night at Thorong Phedi, which is at 4,540 meters (14,895 feet), or Thorong High Camp, which is at 4,880 meters (16,010 feet) before attempting to cross Thorong La.

Staff at the Himalayan Rescue Association post in Manang recommend that trekkers spend five nights between their arrival in Manang and the crossing to Muktinath. The additional time spent in Manang allows hikers to acclimatise sufficiently to the altitude to minimise the risk of acute mountain sickness.

The west to east route (Muktinath to Manang) is much more difficult, because it does not allow most hikers sufficient time to acclimatise to the altitude. For hikers who choose this direction of travel, the last place where it is possible to spend the night is at Ranipauwa, where there is a lodge located at 3,670 meters (12,041 feet).

There is also a very basic lodge located at Muktinath Phedi, located at 4,190 meters (13,747 feet), but this lodge is only open seasonally.

The safest months to cross the pass are March-April and October-November. Attempting to cross Thorong La Pass at other times of the year is dangerous due to the increased risk of avalanches, frostbite, and the likelihood of a storm or a blackout, which can cause hikers to become disoriented and lost. Hikers usually leave Thorung Pedi / Thorung High camp a few hours before sunrise, as strong winds usually start a few hours after sunrise.

All about the Annapurna Circuit

The Annapurna Circuit is a trek within the mountain ranges of central Nepal. The total length of the route varies between 160 and 230 km (100-145 miles), depending on where motorised transport is used and where the trek ends. The trek crosses two different river valleys and encircles the Annapurna massif.

The trail reaches its highest point at Thorung La Pass, touching the edge of the Tibetan plateau. Virtually all hikers walk the route in a counterclockwise direction, as this way the daily altitude gain is slower and crossing the high Thorong La pass is easier and safer.

The Annapurna circuit has often been voted the best long distance trek in the world, as it combined, in its old and complete form, a wide variety of climatic zones from the tropics to the arctic at Thorong La.

The Annapurna base circuit trek usually takes 15-20 days, starting from Kathmandu with a stopover in Pokhara before returning to the capital. The trail is moderate to quite challenging and makes numerous river crossings over steel and wooden suspension bridges.