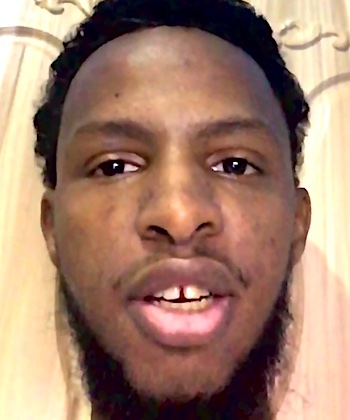 Shakur: “Hello. I come from Somaliland. My goosebump moment was when I attended Tycho’s performance back in 2015 in Malaysia. For those of you who are not familiar with Tycho, he’s an American artist and music composer from San Francisco, also known by the name “ISO50” for his photography and design work. Going to a Tycho performance is not just about the music, it’s also about the visual light performance that happens in the background while you are listening to the music. It was a very captivating experience that I always used to watch on YouTube, but I never got to see first-hand. The reason that I find that very inspiring for me was because of the way that it felt while they were performing that I was like “someone has to master their craft to perform to that level, and blend so many talents into one show that captivates everyone’s soul” and that’s exactly what they did.”

Scott Hansen, known professionally as Tycho, is an American musician and graphic artist born in San Francisco. His music combines multiple stylistic components, such as downtempo guitar, analog synthesis and ambient elements such as breathing and found sounds from weather broadcasts and dialogues.

His sound has unique effects and characteristics that make him an artist with a recognizable sonic identity in the music world. He also has a carefully crafted visual brand inextricably linked to the music, developing a distinctive aesthetic.

Scott Hansen, Tycho, grew up on the undeveloped edges of suburban Sacramento, California, and lived a childhood of freedom on rolling hills, old farms and the nearby American River.

His musical project is influenced by and has been compared to artists such as DJ Shadow, Ulrich Schnauss and Boards of Canada. His music captures the sound of analog media while remaining progressive and futuristic in its composition and style.

Throughout Tycho’s four albums, his somewhat austere guitar and synth riffs are drenched in expansive-sounding reverb. The melodies evoke a kind of melancholy and nostalgia, making extensive use of minor chords, as well as the kind of melancholy sounds produced by sixth and ninth chords, like the end of the Beatles’ “Help” and Adele’s “Hello,” respectively.

He aims to strike a balance between the fluid nature of a live show with artists playing physical instruments and the precision and ability to stay true to the electronic music record.

Despite the fact that today he often chooses to address more personal emotions as musical themes and downplays the element of nature, the natural world is the main subject of his album artwork, tour posters and video direction, all of which he designed himself. They are almost exclusively graphic representations of the sun, the moon, water, monoliths, or celestial objects.

Even without an overt human aesthetic in the music, whether through voice or imagery, Tycho has enjoyed popular and critical acclaim, having received a second Grammy nomination for Best Dance/Electronic Album for his fifth studio album, “Weather,” at the 2020 Grammy Awards. Also that year, he released “Simulcast,” an instrumental version of “Weather” that he had previously promised fans.

Scott Hansen, 39, was a competitive track and field runner in high school and college. That is why, in addition to music, he devotes some of his time to the sport somewhere among the dense redwoods of Northern California or along its coast. About once a month, Tycho gets lost in the wilderness, intentionally, and then walks all night, without map or destination, until dawn the next morning.

He calls these adventures “spiritual journeys” and to anyone familiar with Tycho’s music, these journeys make perfect sense. Although Hansen makes music inside a dark, cramped Bay Area studio, the expansive sounds he produces seem made for the great outdoors.

His instrumental music and that of his four-piece band is characterized as post-rock, electronic, ambient or laid-back. But Hansen says listeners often describe it more experientially: that it evokes driving along the ocean, sitting in a meadow or floating over a mountain.

As you might expect from a long-distance runner, Hansen works in brutal stretches, without sleep, at a desk in his studio. He is aware of the havoc it can wreak on the body and, thanks to his athletic background, Hansen sees the relationship between fitness and creativity more astutely than most artists. For him, being fit means having the physical ability to get into a studio for weeks at a time.