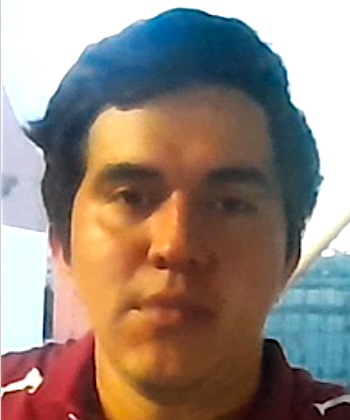 Edwar: “Hello, my name is Edwar and I come from Venezuela. My goosebump moment was when I was walking in the shopping mall. Like every weekend. And suddenly I realized that a group of people were crowded in front of the shop store. So, I got close to see what happened. And I realized that the Vinotinto, the soccer team of Venezuela, was playing against Ecuador. Venezuela defeated Ecuador, and it was a surprise because Ecuador is in third place in the table of qualification in the championship in Qatar. And Venezuela is the last one. That means when we want to get something, and we try and work hard, we can do it. And it is a good surprise for the country. Thank you and have a nice day. Bye.”

The Venezuelan national soccer team showed its strength on October 10th and defeated Ecuador 2-1 at home on the fifth day of the South American qualifiers for the Qatar World Cup. It was a match marked by rain in the first 45 minutes and with a smaller crowd than in previous matches.

Venezuelan midfielder Eduard Bello, the star of the match, scored a goal for the Vinotinto in the 63rd minute with a free kick from more than 15 meters away. In the 45th minute, Bello himself had already assisted Darwin Machís with a cross from the right flank to open the scoring for Venezuela. Ecuador’s all-time leading scorer, Enner Valencia, scored the first goal with a penalty kick in the 36th minute.

This match was Venezuela’s reunion with victory eleven months after their last win, and it put a damper on the Ecuadorian national team’s progress towards the World Cup.

The locals, full of doubts, with an interim coach, Leonardo Gonzalez, and without their great star, Yeferson Soteldo, a last-minute substitute, took the field to face an opponent that had just beaten Bolivia.

Beyond the problems accumulated during the last few matchdays, Venezuela was to get rid of the “Cinderella” label against Ecuador, which came hungry for victory to consolidate its good streak and made the first 45 minutes a back-and-forth duel, with chances for both teams.

However, the first goal was controversial, the result of a rigorous penalty committed by Adrian Martinez on Gonzalo Plata, which was reviewed at length in the VAR by Uruguayan referee Andres Cunha.

Enner Valencia shot a hard shot from the penalty spot, halfway down the left of goalkeeper Wuilker Faríñez, who, despite guessing the Ecuadorian’s intention, was unable to prevent the first goal of the match.

The Vinotinto did not give up though, continuing to look for space behind their rivals’ backs. Their reward came in the 45th minute, when the hyperactive Eduard Bello received a filtered pass inside the area and, almost on the end line, gave the ball back.

There, Darwin Machís found him, much smarter than the Ecuadorian defense, who, in the center of the six-yard box, pushed the ball into the net to the delight of the few Venezuelan fans present in the stadium.

After the halftime break, the dynamic changed a little, with Venezuela seeming to gradually gain control of the match and the spaces. As a result of this control came the big surprise when, in the 63rd minute, Bello took a long-range free kick from the right side that the Ecuadorian goalkeeper did not expect.

Goalkeeper Moisés Ramírez reacted late and poorly to end up becoming the necessary accomplice of a goal that few suspected.

In South America, as in the rest of the world, the qualifiers for the next World Cup in Qatar 2022 could not start on the scheduled date due to the coronavirus pandemic. As a result, the ten national teams were forced to change all their plans and, between FIFA and CONMEBOL, it was agreed to suspend the matches scheduled for March, as well as the Copa America, stipulated for June.

From South America, the teams that occupy the first four positions in the final standings of the qualifying rounds will qualify directly.