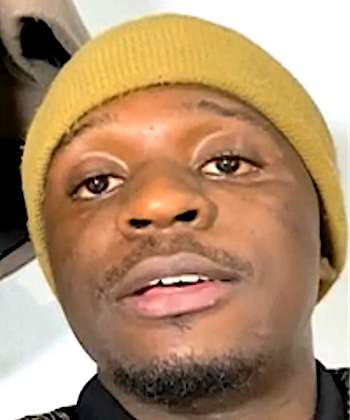 Johandry: “Robert: Hello, I am from Rwanda. My goosebump moment is here in Rwanda. We have a brand called “Visit Rwanda”. So, in 2019, my country took one of the biggest steps: To go and have an agreement with ”Paris Saint-Germain”, (PSG) in English, to put that brand to their training t-shirts. And also the players who are to the bench are supposed to wear the t-shirts, which includes our brand called “Visit Rwanda”. I was happy, me and other Rwandan people, but it went to another level when Lionel Messi was going to move to PSG. I mean the team we have an agreement with. It was such an amazing moment; to see Lionel Messi has our brand called ”Visit Rwanda” on his chest. It was really, really amazing to me.”

The story behind the training shirt

Last August, Argentine star Lionel Messi showed up for his medical examination wearing a training shirt that clearly read “Visit Rwanda” on the back. But what is the story behind this?

It is an advertising deal between PSG and the Rwanda Development Board that was finalized at the end of 2019 for around $10 million for two seasons, which would include the ‘Visit Rwanda’ message on the team’s training shirt and sporadic appearances on digital billboards at the Parc des Princes stadium during matches.

Since then, several PSG stars have visited the lush Rwandan natural parks and enthusiastically promoted their gorillas and zebras under the hashtag #VisitRwanda. With this, the “Visit Rwanda” on Messi’s shirt or Pierre-Emerick Aubameyang’s, the country seeks to promote a safe nation for tourism.

A business that works

The advertising gamble and the Qatari partnership have been working for Rwanda economically. In 2018, tourism contributed 15% of the country’s GDP and, until the outbreak of the pandemic, the trend continued to rise.

Matthew Rugamba, a designer and owner of a clothing store in Kigali, is a soccer enthusiast who closely followed Messi’s transfer to PSG until he signed.

He assured local site “The New Times” that the switch of one of the world’s most popular soccer players to the French club is a big win for Rwanda, as his reputation will benefit the country’s ambitious goal of increasing its visibility around the world.

Rugamba said Messi wearing “Visit Rwanda” branded products increases the country’s visibility and added that it should not end there as there are opportunities to make the most of the visibility.

Hassan Nsengiyumva, owner of another sportswear store in Kigali called Magasin Sports Class, said the public excitement is seen through the number of orders coming in from fans looking to own the jersey.

Five days after the deal between PSG and the Rwanda Development Board was made official, Emir Al Thani landed in Kigali to announce Qatar’s 60% stake in the project to build and operate a new international airport near the Rwandan capital.

With a capacity for seven million passengers and a planned investment of $1.3 billion, the new airfield marks five years of a growing strategic relationship between the two nations, spurred by the close personal friendship between Sheikh Al Thani and President Kagame.

This was not the first Rwandan foray into European soccer. In 2018 it struck a similar deal with English side Arsenal for around $30 million, which included stamping the country’s name on the sleeve of the shirt.

Despite the controversy surrounding this deal, Rwanda Development Board chief executive Clare Akamanzi argued at the time that such campaigns would help the country double its tourism revenue, aiming to exceed $800 million a year by 2024, a key income for this nation of 12 million people and 26,000 square kilometers.