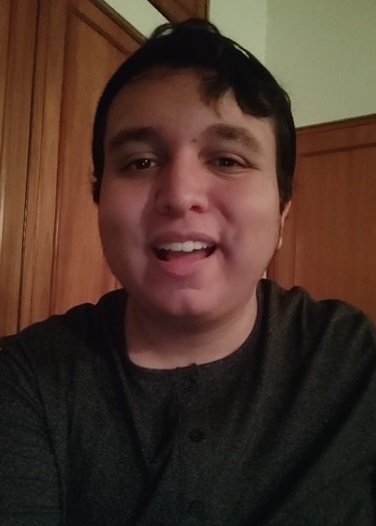 “Hello, everyone! My name is Daniel and I live in Equatorial Guinea, and my goosebump moment happened back in 2018, when I visited Italy. So, we were exiting the metro station and we were walking down the street, right? And then I turned the corner and I saw St. Peter’s Basilica, and the Square, and it was amazing. The sheer size and beauty of that place just shocked me, I was in complete awe at that place, and it made it ‘click’ for me, you know? That appreciation for art, for beauty, for architecture, for human history! It clicked inside my brain, and I learned that art is about connecting with people, about bringing them emotions, it’s about saying “we were here”. So I felt undescribable goosebumps that day. Thank you very much!”

The most sacred religious sites

St. Peter’s Basilica is one of Rome’s most sacred religious sites. It is a UNESCO World Heritage Site located in Vatican City. It has a wealth of art and sculpture and layers of history to discover, from its ancient Roman origins to its Renaissance reconstruction. There can be no more important place to visit than the Italian capital of world history.

Whether you want to see the Pope or examine the stunning art and architecture, this sacred place is unmissable, and more than one will get goose bumps.

The largest church in the world

St. Peter’s Basilica is more than just the most essential building in Christendom. It is a jewel within Vatican City, where the Popes have spread the word of God worldwide. A meeting point for millions of pilgrims every year, the Basilica is also a cultural, historical, and architectural landmark, holding millennia-old treasures such as paintings, sculptures, artifacts, and much more.

The history of St. Peter’s Basilica

In the year 64, St. Peter, one of Jesus’ 12 apostles, was crucified in Nero’s Circus. The Constantinian Basilica was built in 326 over what was believed to be the tomb of St. Peter. The church was renamed Old St. Peter’s Basilica after construction of the new St. Peter’s Basilica began in the 16th century at the behest of Pope Julius II. The Pope chose Donato Bramante for the project.

Bramante’s untimely death in 1514 interrupted the work. Raffaello Sanzio was commissioned to continue the construction together with Fra ‘Giocondo da Verona and Giuliano da Sangallo by Leon X Medici. However, with the death of all three architects within six years, the project never entirely took off. At that time, only the base of the western choir and the beginning of the south ambulatory were built.

Leo X then appointed Antonio da Sangallo the Younger as the architect of the building. However, due to various reasons, construction was halted until Paul III Farnese was elected in 1534. A new plan was drawn up for the Basilica, which departed from Bramante’s plan. However, even this ambitious new plan could not be carried through to completion. In 1546, Sangallo died, and Michelangelo was appointed.

Michelangelo took up Bramante’s plan but modified it to make it simpler but dynamic. When Michelangelo died in 1564, the dome’s construction was still incomplete. Pope Pius IV Medici commissioned Jacopo Barozzi to continue the work. He began his career on the inner part of the two smaller domes, which Giacomo Della Porta completed.

In 1587, Porta was commissioned to complete the dome. In less than two years, with Domenico Fontana’s help, he could complete the work.

Under the direction of Paolo V Borghese, the first stone of the reconstruction was blessed on March 7, 1607. In October of the same year, the demolition of what remained of the old church began. Carlo Maderno was commissioned to complete the work. The Basilica appeared to the public in its new avatar on Palm Sunday 1615, except for the decorations that Gian Lorenzo Bernini would add, such as the Baldacchino and the Throne of St. Peter.