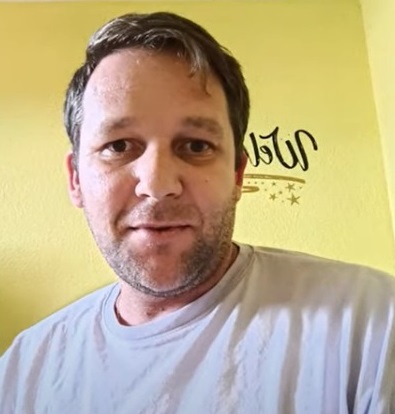 “Hi, my name is Stuart, and I live in Comoros, and my goosebump moment came to me last week when, thank you to my position, I was invited to visit the Mercy Ship. The Mercy Ship is a floating hospital which sails to Africa every year to save many thousands of lives. People who were born with deformities or any kind of tumors are able to change their lives thanks to the kind people and the donations of thousands of people around the world. My goosebump moment came when I learnt all this; that it is all run by volunteer medical staff and volunteer crew even the captain is a volunteer. It’s amazing, it was mind-blowing for me. To believe that so many people can change their lives thanks to the generosity of people who through their careless love send their donations and their mercy around the world”.

The ship that brings free surgeries to vulnerable communities

Over the past 42 years, Mercy Ships, a U.S.-based NGO, has brought free health services to more than 70 countries via hospital ships. Founded in 1978, Mercy Ships has performed 1.5 million medical services, including surgery to correct cleft lips and palate and dental procedures.

Like many other Christian charities, Mercy Ships treats people regardless of religion or racial background in nations ranging from Tonga to Poland. Ships in the Mercy Ships fleet dock in one location for up to six months providing on-board and off-board health services, and then move to another area.

How did Mercy Ships start?

The history of Mercy Ships dates back to 1978, after American missionaries Donald Stephens and Deyon purchased a ship for $1 million, with the goal of converting it into a hospital ship, to help those in need around the world.

The organization was founded the same year and was affiliated with Youth with a Mission before becoming independent in 2003. In 1982, after four years of modernization, the ocean liner renamed Anastasis was transformed into a floating hospital; it has three operating rooms and 1 hospital ward with 40 beds. In 2007, another milestone was reached with the Africa Mercy, the largest of the organization’s four hospital ships.

Why use hospital ships?

Doctors perform 313 million surgeries each year worldwide. However, only 6% of them serve the more than one billion people living in the developing world.

That’s where Mercy Ships and Africa Mercy come in. Based in sub-Saharan Africa and with a team of more than 400 volunteers, the nonprofit organization has worked in more than 55 developing countries, providing services worth more than $1.7 billion and directly benefiting more than 2.8 million people.

More than 44% of the world’s population lives within 100 miles of a coastline, so Mercy Ships uses modern hospital ships to bring world-class volunteer medical professionals directly to the places where they are needed most.

These ships are the most efficient way to bring a state-of-the-art hospital to regions where clean water, electricity and medical facilities and personnel are limited or non-existent.