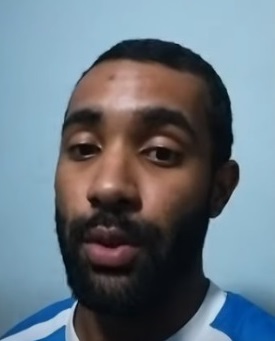 “Hi! My name is Victor, and I’m from Vanuatu! I’m here to tell you about my goosebump moment. I’m going to talk about a series that I liked a lot, “Blue Lock”, that had taken me back to when I was a child, when I used to watch Captain Tsubasa. But it goes further than only a few memories! I can tell this is a series that gives you many goosebumps while watching it due to everything you can feel as each chapter finishes, like personal growth, teamwork, and more. This is also a series football lovers should get to watch at least once in their lifetime. I promise there will be lots and lots of goosebumps moments to live while watching “Blue Lock”!”

“Blue Lock” is a manga created by the artist duo Muneyuki Kaneshiro and Yusuke Nomura, produced by the animation studio Eight Bit, and was one of the most anticipated sports series of the end of 2022. Many wanted to know how they can continue with the matches which give birth to the best striker, the one who will change the future of the Japanese national team.

Although it was up against productions such as “Chainsaw Man,” “Spy x Family” and “Bleach: Thousand-Year Blood War,” the return of Tite Kubo’s work, this show became one of the most talked about and favorite shows of the year, mainly because of the performance that the Japan soccer team had in Qatar 2022, with whom it has a unique collaboration.

What is the story of “Blue Lock”?

After a disastrous defeat at the 2018 World Cup, Team Japan is struggling to regroup. However, only one thing needs to be added to have the ‘perfect’ team. That is a striker with ‘ace striker’ potential, or goal scorer as we call him in Latin America.

The Japan Football Union is determined to create a striker hungry for goals and victory. It is so that he can be the decisive instrument to turn around a losing game. They have gathered 300 of the country’s best youth players to find this striker. So, who will be the ace striker who will bring victory to Japan’s team?

The “Blue Lock” manga debuted in Kodansha’s 2018 Shōnen Magazine 2018. This manga is still in publication and has 158 compiling chapters in 18 volumes or ‘tankōbon.’

Even though some manga always remains among the best sellers in Japan, as that seems to be the reality of works such as “Jujutsu Kaisen” at this point, now and then it is usual to see how ‘out of nowhere’ ‘Hits’ appear that become new monumental successes.

This is the case of “Blue Lock” in case one anime on the air wasn’t enough, the role of Japan’s national team in the Qatar World Cup ended up taking it to the top of the manga scene.