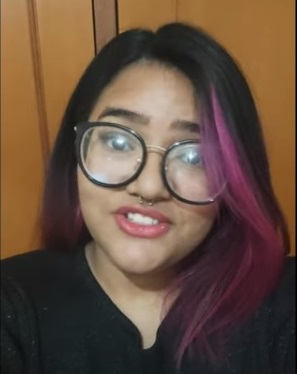 “Hi! I am Lismar, and I come from Micronesia. My goosebump moment happened while watching a Netflix series released in 2020 called “Emily in Paris.” I started it thinking it was going to be just another romantic comedy placed in Paris. But it definitely surprised me that the majority of the challenges Emily had to face were related to her Marketing career at an Agency that managed only luxury brands. Being  a Marketing graduate myself, I connected to Emily in a professional way, seeing her getting inspired by the beauty and the magic of the city she was in, to come up with really smart marketing strategies. Despite all the obstacles life threw at her, she didn’t let anyone get her down and continued to trust herself, which led to incredible results for her clients. 2022 was the release of its 3rd season so if you haven’t watched yet I totally recommend you to.”

“Emily in Paris” is a romantic comedy with short episodes and not overly complicated plots. Moreover, each of its three seasons tells virtually the same story: the vicissitudes of a young Chicago girl addicted to social networks who moves to a somewhat hostile Paris, which she has idealized in her head.

A love story that goes back and forth with a good-looking French neighbor and is resolved or entangled in each chapter; two bosses, one French and one American, who in their way function as villains; friends forever with whom she builds deep relationships minutes after meeting them, and an excellent production design that combines stunning costumes and scenery as beautiful as the city of Paris can naturally offer. In other words, content and continent work. “Emily in Paris” is a series that will give more than one person goosebumps.

Facts about “Emily in Paris”

The series was filmed entirely in Paris, France, and the nearby Loire Valley. Therefore, all locations featured are authentic (no sets).

Some cast members lived together during filming. According to Cosmopolitan, Lucas Bravo (Gabriel), Ashley Park (Mindy), and Samuel Arnold (Julien) moved into a house together.

Series creator Darren Star drew inspiration for the script from his own experience. As he explained to Forbes, “I’ve wanted to do a show about an expat for quite some time. When I was 19, I did the whole backpacking tour of Europe over the summer, landed in Paris, and fell in love with the city. And I thought it would be great to share that feeling with an audience and create a fiction that explored the overall experience of what it’s like to be an American abroad.”

According to its creator, the protagonist’s name Emily was a choice that had to do with a nod to the movie “Amélie” (2001). The sonority of both is similar.

To give life to the protagonist, Lily Collins (who plays in Emily) thought Emily was a fan of “Sex & the City.” As the actress said in an interview with E!, when thinking about the backstory, she imagined her character as “a girl who had grown up watching that fiction and was very inspired by Carrie Bradshaw”. Emily’s jewelry is a nod to Carrie.

Audrey Hepburn also inspired Emily’s outfits. To the producers, Collins resembles the famous movie star, so they often chose to dress her as an homage to Hepburn in “Funny Face”.

More about the “Emily in Paris” TV show: