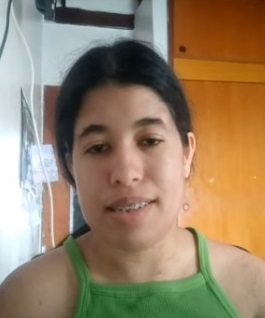 “Hi, I am Karla, and I am from Comoros. My goosebump moment was watching the Nutcracker in a theater for the first time. It was a very exciting moment. I saw the dancers dancing around, I listened to the music, and it was my first time in a theater. So, it was an unforgettable experience, I really enjoyed it. I went with all of my family at the time, and we had a great time. I was around 7 or 6. I think the most gorgeous thing I saw was the dancer’s costumes, they were puffy and beautiful, and the way they ran around, they moved on the stage, made me fall in love with dance and I have been loving dance ever since, as well as theater. I enjoyed going to the theater and this is my goosebump moment, thank you”.

Popularity of The Nutcracker

The story of The Nutcracker was made into a ballet by Russian composer Peter Ilyich Tchaikovsky, who wrote the music. The ballet was first performed in 1892 in St. Petersburg, Russia. Although the public did not like it much then, it has become the most performed ballet of all time. More than 40 years after its first performance, the ballet was performed in London. It then spread to other countries, including the United States. When Walt Disney used the music from The Nutcracker in his film Fantasia in 1940, the music became very familiar to audiences in the United States.

More than sixty years ago, the New York City Ballet began performing The Nutcracker, which was adapted for American audiences by dancer and choreographer George Balanchine. Since then, it has become a Christmas tradition.

The story of The Nutcracker

The story is a mixture of two worlds: the fantasy world and the real world, as it tells the story of a bourgeois German family celebrating Christmas, when it was time to hand out presents and the two children of the family named Fritz and Clara were excitedly watching their toys.

Clara’s godfather gave her a Nutcracker, a wooden doll beautifully dressed as a military man, the girl’s godfather told her that the doll was a prince who was going to marry a princess but was bewitched and turned into a wooden toy, the young man had the ability to break nuts with his teeth, a mouse had bewitched him.

Clara later proved that the story was true, for she discovered that her toy was leading a war against the mice, and the little girl took the Nutcracker’s side and fought with him in the battle.

The war was the result of a revenge, and the queen did not allow Mrs. Mouse to eat all the bacon she wanted, she took revenge by bewitching her daughter, the princess. Only a young man with a jaw hard enough to crack a walnut could disenchant her, but in doing so, the young man was transformed into a deformed being: The Nutcracker.

The French writer Alexandre Dumas also created his own version of the story of this famous Christmas figure, which served to make a musical version of the Nutcracker, and the composer Tchaikovsky, for his part, was inspired by the wooden soldier to create a ballet work in two acts known worldwide as “The Nutcracker” in 1892.

Thus, the adult version of this Christmas character is more of a danced version, as going to enjoy The Nutcracker ballet during the month of December has become a Christmas tradition for adults.

The story with music by Tchaikovsky and the text adapted by Dumas from Hoffmann’s original, is represented in two acts: the first, with the fight between the armies of the Nutcracker and the Mouse King; the second, with the protagonists traveling through the magical kingdom of sweets.

The most child-friendly version of this magical story is the written version, especially the adaptation of the original by Dumas.

More about The Nutcracker: