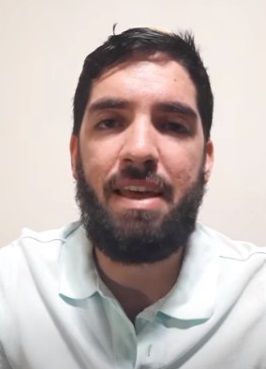 “Hello, I am Marcel Schwartz and I come from Israel. My goosebump moment is when Yulimar Rojas, a triple jump athlete from Venezuela, won the gold medal in the last Olympic Games, Tokyo 2020. Her performance was brilliant and outstanding. It automatically became one of the most memorable and unforgettable moments of the Olympic Games and track and field. In her very, very last try, the sixth jump, she literally shattered the world record that Inessa Kravets held since 1995. So, basically, we had to wait 26 years to see something like this happen, to see someone finally beat this record. And, of course, she made history. It was a tremendous and spectacular moment of track and field and we really enjoyed it”.

Venezuela’s Yulimar Rojas made history by breaking the Olympic and world record, winning the gold medal in the women’s triple jump at Tokyo 2020.

Rojas, the first woman from Venezuela to win Olympic gold, reached 15.67 meters with an impressive leap, beating Cameroon’s Francoise Mbango’s Olympic mark of 15.39 m and the world record of 15.50 m set by Ukraine’s Inessa Kravets in 1995.

The Venezuelan 1.92m high jumper was the undisputed favorite in the Olympic final in Japan. Her feat was a goosebump moment for her fans.

From the first minute she stepped into the national stadium in Tokyo, Yulimar Rojas was battling against herself.

She started by breaking the Olympic record, leaving the others so far behind that she had only one goal in front of her: to continue improving herself, having already secured a medal.

And she did it, adding a world record. Her excitement soon spread throughout the stadium: she was the only one who managed to always get everyone on their feet, applauding her as she ran to make history, with a strength that many in the stands described as superhuman.

Who is Yulimar Rojas?

Originally from Caracas, Yulimar Andrea Rojas Rodriguez was born on October 21, 1995. Like many other girls who dream of representing their country in world championships, Yulimar became interested in sports at a very young age. The athlete spent her childhood in the town of Pozuelos. As she expressed in a talk with the Olympic Channel, she grew up “in a very humble family”. With her, there are 7 siblings. She liked going to the movies, spending afternoons at the beach and playing video games.

At that time, she had a great interest in volleyball. Besides being attracted to the elegance and energy of the sport, one of the reasons she started training was the emotional bond with her father. The volleyball competitions at the 2008 Beijing Olympics were another motivating factor.

Although Rojas had a particular affection for volleyball, it was difficult for her to train professionally, since the Anzoátegui State Sports Institute did not have coaches. That was how Yulimar Rojas had her first approach to athletics. As soon as they saw her, the coaches realized her potential.