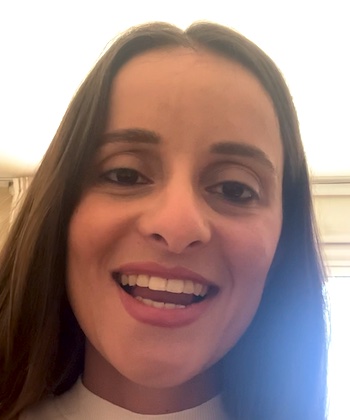 “Hello, I am from the lovely island of Cyprus. Today I will talk about my goosebump moment which is actually an audition from Britain’s Got Talent by Calum Scott. What gives me chills and goosebumps every time I see this audition is the strength that he has to go out and sing in front of the same judges that actually rejected his sister a moment before. This audition gives so many powerful messages about how nothing could stop you in life from doing what you want and what your heart desires. It shows that the show must go on no matter what, what happens in life and actually manage to get the golden pass from the same judges that rejected his sister is so powerful and it gives me chills every time that I see this audition and sometimes yes, I cry. I cry out of happiness for him that he managed to do this thing. So yes, this is my goosebump moment hope you liked it thank you.”

An emotional audition on Britain’s Got Talent

Although he seemed nervous, Calum Scott’s audition on Britain’s Got Talent Season 9 in 2015 earned him a standing ovation from the judges and the audience. His sister Jade, who auditioned before him but failed to impress the judges, was very proud as she watched him sweep Robyn’s “Dancing on My Own” from backstage.

According to the judges, his performance was sensational and gave the entire audience goosebumps. After his appearance on the first episode of the show, his Twitter followers went from 400 to over 25,000 and the video of his audition went viral.

Calum Scott became known worldwide after competing on the talent show Britain’s Got Talent in April 2015. After placing sixth in the competition, he released his version of “Dancing on my own” as a single the following year, which reached number two on the UK Singles Chart and became the best-selling single of summer 2016 in Britain.

His version was also the most downloaded song of the summer in the UK. It reached the Top 5 on iTunes in America and Canada. He subsequently signed a record deal with Capitol Records. In 2017 he went on tour across the United States, which led to the release of his single “You Are the Reason”. Calum went on to release his debut album in 2018 called “Only Human”.

Prior to the release of the album, a second version of “You Are the Reason” featuring Leona Lewis was released, which was a smash hit. In addition, this version reached number 7 on Billboard’s digital song sales chart.

Who is Calum Scott?

Scott was born in Beverley, England and before fame, he worked in human resources. His parents separated when he was two years old and as a child, he played the drums. It was his sister Jade who encouraged him to sing. After his success on Britain’s Got Talent, he signed a record deal with one of the world’s biggest record labels.

Prior to his participation in the talent show, Scott joined a Maroon 5 tribute band, Maroon 4, and toured throughout the UK. In 2014 he formed the electronic duo The Experiment with John McIntyre. The debut single, “Girl (You’re Beautiful),” was released on June 14. The duo performed the song on Good Morning Britain and BBC Look North, but later broke up.

In September 2020, he partnered with U.S. watch company Bulova on the development of a music documentary series titled “Minutes with Calum,” which explores the creative process behind his upcoming second album through the lens of Bulova. This year Scott digitally released his first EP, titled “Only Acoustic”, which includes acoustic versions of songs from his debut album.

One Comments "Calum Scott in Britain’s Got Talent"