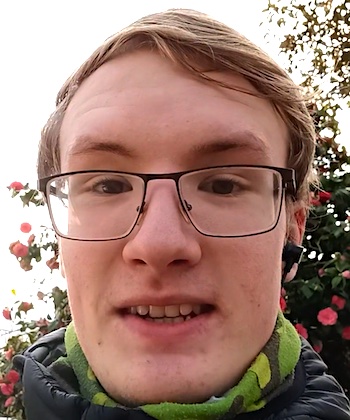 Constantin: “Hello, I come from Russia. My goosebump moment happened when I first saw Russian Rap tournaments. Now, you might think that battle rap really isn’t a sport, right? But no, it involves so many skills and so many disciplines that it really isn’t any less entertaining to watch than any other sport. And it sounds amazing, because sometimes you get people who rhyme not just the end of the line, like you usually would, but the whole line, several times. And it sounds great. Or for example fast flow – I’ve learnt to do it a little bit myself. Пили вы не лимонад, запотевали бокалы вина. That was about 17 syllables, in 1.5 seconds. It sounds incredible when you see it done, and it’s just so impressive that people can do it. Thank you.”

All about (Freestyle) “Battle rap”

Freestyle battle rap, also known as battle rap, is a type of rap that includes content of bragging, insults, and boasting. Battles may take place on recorded albums, although battle rap is often recited or done spontaneously in live battles.

Battle rap has evolved to highly organised league events that attract millions of dollars and views. The rhymes are often written for the sole purpose of impressing people with technically inventive rapping.

The success of Russian rap

Poetry is an important part of Russian culture, and its new generation of rappers is causing a stir, breaking records on YouTube and making a lot of money. So much so that their hits are included in the soundtracks of some PC games and have been part of several popular Internet memes.

However, it’s not just about music. Russian rap is about redefining language, forging new identities and finding an uncensored space to talk about social issues.

The untold story of Russian rap

The history of Russian rap and hip-hop dates back to the turbulent era of the dissolution of the Soviet Union. The first attempts to adapt the genre to Russian audiences came in the late 1980s, and its true flowering occurred in the 1990s.

The country was suddenly flooded with all kinds of foreign products: from jeans and fake sportswear to advertising, music, television and magazines. The emergence of the rap scene was the epicenter of this cultural explosion. After all, rap embodied everything that was forbidden in the Soviet Union. With its flamboyant dress code and explicit lyrics about sex, parties, money and wasted youth, it became a phenomenon for youth culture.

At the time, much of the aesthetic was borrowed from the West, and it took decades to shed American visual tropes. However, with their uncomfortable bandanas and huge jeans, 90s rappers were a trusted voice for the early post-Soviet generation. Today, some look retro, others downright ridiculous, but these hidden gems are worth revisiting.