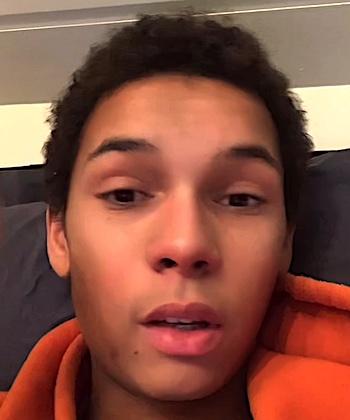 “Hello! My name is Yosef, and I am from Norway. My goosebump moment is probably when I first heard a song called “Iboprofen”. And “Iboprofen” is written by one of Norway’s greatest and most influential rap duos. The song is about Megdi’s childhood. Megdi is one of the two persons in the rap duo. The song is very light, and I remember the first time I heard it, I got goosebumps all over my whole body. It was a truly tremendous experience, and therefore I hope that you too enjoy listening to the song “Iboprofen”.

Karpe and its voice for social demands

Formerly known as Karpe Diem, Karpe is a rap duo from Oslo formed by Magdi Omar Ytreeide Abdelmaguid and Chirag Rashmikant Patel. The project was formed in 2000 and quickly became one of the benchmarks of Norwegian rap. Their debut EP in 2004 entered the top 10 and the six albums the duo has released so far have always been well received, both by critics and the public.

Rapping in Norwegian, Karpe knows controversy, and they are not afraid to enter social claims. In 2015 they tackled the Heisann Montebello project, sustained by several music videos that ended up being structured into a cinematic experience. The theatrical release included concert footage at the Oslo Spektrum, with over twenty-five thousand fans at their feet.

Karpe’s latest release is “SAS Plus/SAS Pussy”, a thirty-minute song! The duo has won many awards, including five Norwegian Grammys.

Norwegian rap duo Karpe, since their debut EP “Glasskår” (2004), have become the biggest rap artists, if not the biggest band, in Norway, always raising the bar in terms of concepts, productions and audiovisual releases. They have produced hit after hit, received a slew of awards and made news and history with their spectacular live performances and ambitious ideas.

In 2012 they again caused a sensation with the album “Kors på halsen, Ti kniver i hjertet, Mor og Far I døden”. After the successful release, they became the first Norwegian hiphop group to sell out Oslo Spektrum Arena, one of the largest venues in the Norwegian capital.

In October 2015 they launched a new musical and visual project called “Heisann Montebello”. A project that would soon prove to be their biggest and most ambitious to date. They released nine songs over two years, each with their own ambitious music video, and revolutionized the way music was released and consumed. Each song entered the top 10 on Spotify and each music video created debate and controversy.

Only in the last few years has Nordic rap made some noise on the international scene, not only for its art but also for its social works.

Karpe created the “Patel and Abdelmaguid Foundation” (PAF) on August 17, 2020. In doing so, they gave away their mastering rights and the proceeds from all their previous releases, six studio albums and several EPs and singles, to causes related to helping refugees, asylum seekers and/or immigrants.

There are no specific requirements as to the size or catchment area of projects receiving funding. Both global and small local projects are eligible, if their work is carried out in accordance with the Fund’s overall objectives.