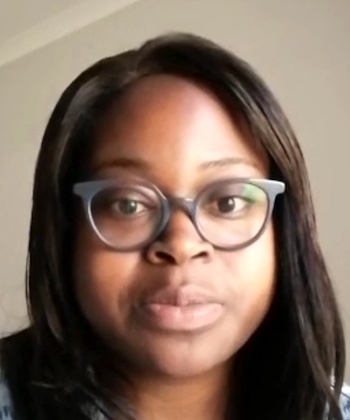 Stella: “Hello, I am from Zimbabwe. I get a goosebump moment when I listen to Oliver “Tuku” Mtukudzi’s song called “Neria”. Oliver “Tuku” Mtukudzi was the greatest musician in Zimbabwe and internationally. This song also featured in a movie called “Neria” in which Oliver Mtukudzi was also in the cast and this movie is the best ever produced movie in Zimbabwe. This movie and the song tell about a woman who loses her husband through a tragic car accident. And the husband’s brother takes all the inheritance and leaves this widow with nothing and her children with nothing. It is so emotional, that’s why it gives me goosebumps up to today, because this culture still happens in Zimbabwe.”

One of Zimbabwe’s most important voices

Oliver Mtukudzi, also known as “Tuku”, was a Zimbabwean singer and musician who, thanks to his husky voice, became one of the most important voices in his country.

A member of the group KoreKore, whose leader was Nzou Samanyanga, he sang in the Shona language, one of the most important languages in Zimbabwe, along with the Ndebele language. He also incorporated elements of different musical traditions, giving his music a distinctive style, recognized by his fans as “Tuku Music”.

Who is Oliver Mtukudzi?

Mtukudzi was born in Zimbabwe in 1952. Known as “Tuku”, he is a guitarist, vocalist and composer. He is also considered one of Africa’s most influential personalities.

He began his career as a professional musician in 1977 when he joined the band Wagon Wheels. Later he formed his own band, called Black Spirits, with which he continues to play today.

In his compositions he usually makes use of the acoustic guitar and traditional South African instruments. “Tuku” seeks to convey messages to society through his songs. Many of them are a critique of the social and political situation in Africa.

His song “Wasakara” (2001) became the anthem of the opposition to the Zimbabwean government. Because of his great social commitment, he composed a musical in which he wanted to reflect the situation of indigent children in Zimbabwe. He also wrote songs reflecting different social problems, worldwide, such as AIDS.

His live performances are fantastic. He sings mixing the Shona language, the official language of Zimbabwe, and English. He is also well known for his great humanitarian work in NGOs such as Doctors Without Borders. In addition, he was declared UNICEF Goodwill Ambassador.

“Neria” is a Zimbabwean film directed by Godwin Mawuru from a screenplay by Tsitsi Dangarembga and Louise Riber that was released in 1993 and starred Kubi Chaza, Dominic Kanaventi, Oliver ‘Tuku’ Mtukudzi, Jesese Mungoshi and Tsitsi Nyamukapa.

The film resembles 19th century melodrama in its form. Its theme is the collision between the modernity of urban society and the attachment to ancestral customs by rural villagers. This was the director’s first film and has been considered the Zimbabwean film with the largest audience of all time.

The production is an amateur drama set in the Zimbabwean courts that explores the emergence of a women’s rights movement in that increasingly urban African republic.

The modest film also examines the uneasy relationship between modern-minded city dwellers and their families living in seclusion in the villages, as it chronicles the life of Neria, who works as a garment maker and lives in the city with her husband Patrick and two children. When her husband dies in an accident, problems spark with his family, who live in a small village attached to ancestral customs. Phileas, Patrick’s greedy older brother, takes advantage of a seemingly all-too-common perversion of tribal law and immediately seizes the widow’s money, along with her house and car.

Neria continues to work and one day when she returns home, she finds that Phileas has also appropriated her home and furniture and taken her children. After getting her children back, Neria is encouraged by her neighbor and modern day co-worker, Connie who takes her to a lawyer she knows. With his help, she goes to court to legally recover her property and custody of her children. Later she will again defy traditional culture by refusing to marry one of her brothers-in-law.

The highest grossing film in Zimbabwe’s history is undoubtedly an encouragement to women in similar circumstances as it supports the need for society to respect women in general, as well as widows and orphans.

The song of the movie

Author of great titles turned anthems such as “Todii” and “Neria”, and 67 albums that he leaves as a legacy, “Tuku” is considered one of the 10 most profitable African musicians, as ranked by Forbes magazine in 2017.

Self-taught, full of perseverance and passion, his tunes have become indispensable. They often live in the halls of southern Africa and are always present on the speakers of local evenings. Mtukudzi leaves his name on the pedestal of the most recognised musician in the history of Zimbabwe.

More about the song “Neria”: