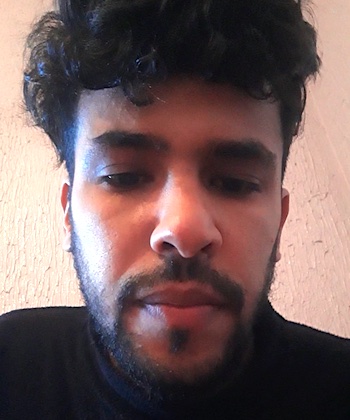 Hello! My name is Otmane Zyat. I am from Morocco, and I am here to tell you about my goosebump moment. My goosebump moment comes every time I see Eminem’s out-of-nowhere performance of his iconic song “Lose Yourself” at the Oscars. It was especially a surprise because 17 years ago Eminem was sleeping that night when he won. As a matter of fact, Eminem’s “Lose Yourself” won the Oscar for Best Original Song back in 2003. I mean, you can imagine Eminem, one of the greatest rappers of all time performing “Lose Yourself”, one of the greatest hits of all time in front of people like Martin Scorsese, Brad Pitt, Leonardo DiCaprio, Billie Eillish, unprecedentedly live at the Oscars, which is basically meant for actors only. I still get the chills every time I see this.

Eminem’s performance during the 2020 Oscar Awards was one of the most surprising moments at the Dolby Theater.

For Eminem, it was undoubtedly a second chance after not having presented himself to receive his own statuette 18 years ago. It was in 2003 when the Academy awarded him the Oscar for Best Song for “Lose Yourself” from the movie “8 Mile”.

Only the musician Luis Resto was present to collect the statuette. Eminem admitted in an interview that he didn’t show up at the ceremony because he never thought he would win. “I thought no one took rap seriously.”

The reality is that the rapper’s musical number at the gala was more significant than the anecdotal aspect revealed. The performance surprised several of those present, such as Billie Eilish and Kelly Marie, and others on social networks expressed their enthusiasm for this performance.

Showing up at the Oscars

“8 Mile: Street of Illusions” is a film directed by Curtis Hanson and written by Scott Silver that portrays the difficult start of young Eminem in the world of American hip-hop. Starring the singer himself through the character of Jimmy ‘B-Rabbit’ Smith, the film was nominated for Best Original Song alongside Bass and Resto.

But in 2003, according to The Hollywood Reporter, the rapper turned down an invitation to sing a censored version of “Lose Yourself”, plus he didn’t think he was going to win. Luis Resto received the statuette from Barbara Streisand.

It was the first time in history that a hip-hop song received an Oscar. For the 2020 ceremony, musician and actor Lin-Manuel Miranda presented a musical intermission to highlight the importance of songs from the movies.

A screening played “Don’t You Forget About Me” from The Breakfast Club, “Fight the Power” from Do the Right Thing before moving on to a snippet of “Lose Yourself” that led to Eminem’s appearance on stage.

The television broadcast censored the performance three times, but Eminem captivated many. According to Variety magazine, his performance was a “well-kept secret”. At no time had he been announced among the artists who would perform on stage.

The presence of the rapper has another type of transcendence: a generational one; both for what Eminem represents for genexers (born between the late 60s and early 80s) and millennials (born between the mid 80s and late 90s) and for what he says about the new Academy voter profile from Hollywood.

Eminem is a musician who made it big in the early throes of the turn of the century, when millennials and genexers were still buying records and watching uninterrupted hours and hours of MTV, the network that helped turn iconic video clips like “The Real Slim Shady” and “Stan” ft. Dido.

“8 Mile” hit theaters in the fall of 2002. Months earlier, Eminem had released his fourth best-selling studio album, “The Eminem Show”.

Being white, Eminem had to fight hard in his early years to be taken seriously as a rapper. The rap scene had mostly been black until then and it was said that “a white boy” would not be able to rap the same way and have success in the rap world. Eminem set out to prove them wrong and has gained worldwide success and respect for his rap career.