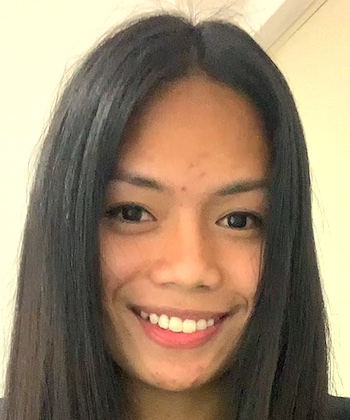 Erin: “I am from Peru. My last goosebump moment was when I watched Jane, she sings a song called “Nightbirde” on America’s Got Talent. It was very nice performance of her. I couldn’t control my tears while I was listening to her song. She is so amazing, she’s so good, she gives us lessons that we should always be thankful and be happy in our life whatever situation we face every day. She is a cancer patient and even though she has cancer, she proves that she is more than her cancer. She taught us lessons that it’s okay if you’re lost, it’s fine, it’s all right, and you can’t wait until life isn’t hard anymore before you decide to be happy. I love her personality, positivity and her perspective about life. Hopefully, it touches you somehow, and that gives me goosebumps.”

Jane Marczewski, a symbol of hope

Jane Marczewski became a symbol of hope and faith in the darkest conditions for thousands of people who watched the video of her audition on the U.S. show “America’s Got Talent”.

The young woman, who suffers from cancer, arrived on stage with a great attitude worthy of applause to bring a message of encouragement with a song of her own, which tells the story of her last years of life, in which she has been fighting the disease. Her presentation not only moved the jury, but also the audience, who gave her a standing ovation. Undoubtedly a moment of goosebumps for many.

Jane Marczweski arrived at the American talent show, more than determined to make her voice known. With that same attitude she positioned herself on stage.

It was there that Howie Mandel, after asking her name, asked her what she does for a living. However, she answered that because of the cancer she has been unable to work for some years, which left everyone surprised.

After that, Jane began her performance with the song “It’s Ok”, a song that she herself wrote and that narrates what it has been like to live with cancer for these years.

After finishing her performance, the jury and the audience gave her a standing ovation. Social networks were not exempt from this moment, as the video of Jane Marczewski’s performance quickly went viral around the world.

Jane’s euphoric smile lit up the stage. As she spoke backstage, she shared that she has a 2% chance of survival, but at the same time it is a full 2%, something to hold on to and stay positive as she fights.

Jane Marczweski is 30 years old and a native of Ohio. She has suffered from breast cancer since 2017 and in 2019, after a relapse, she was predicted to have just 3-6 months to live.

Jane confessed that the tumor is incurable and has already metastasized to her lungs, spine and liver. She also said that shortly after the 3 to 6-month diagnosis, her husband informed her that he no longer wanted to be married.

Marczweski’s performance was a reminder to perhaps many of us that there is much to be happy about, and what a privilege it is to be able to choose this happiness.

It’s no surprise that her song, the one that leaves us with a message of optimism, of wanting to be well even in the worst of times, climbed the charts and hit number one on iTunes in the US.

It is a deep faith that keeps her going in the midst of her battle with cancer and her emotional pain when her husband of five years announced he was leaving her at a time when doctors believed she only had six more months to live.

With this perspective, it is not surprising that everyone was visibly moved by her live performance and the joy she shared.