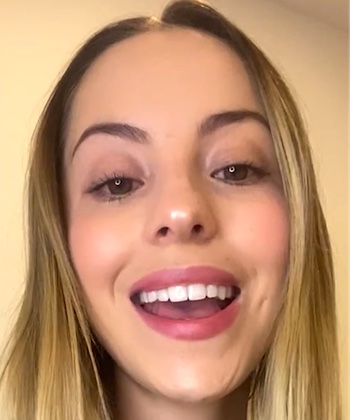 The day I met Shakira

Juliana: “Hello, I am from Colombia and my goosebump moment was the time I met Shakira. Three years ago, I went to a party where I met two guys; they were Shakira’s musicians. I was with a friend, they asked us if we were going to Shakira’s concert the next day. We said we didn’t have tickets, so they gave us two VIP passes, and we went to the concert backstage. After the concert, we were able to take a picture with Shakira but when everything was over, they invited us to the afterparty with Shakira, so we spent the whole night with Shakira and her family. It was amazing!”

Shakira, one of the most influential artists in the world

When the need arises to put a name and a face to female pop in Spanish, Shakira Isabel Mebarak Ripoll, better known simply as Shakira, immediately comes to mind.

Since her beginnings, the impact that this singer began to generate was such that her concerts were sold out months in advance, her albums sold millions of copies and thousands of letters arrived from her fans. Undoubtedly, she is one of the Latin artists with fans in every corner of the planet.

The beginnings of Shakira

Shakira’s beginnings are like those of several artists: a special predisposition towards writing, singing, and dancing that she first exhibited intimately to her family and then moved to the stages of school and a famous local television contest, in this case, “Buscando al Artista Infantil”, broadcasted by the regional network Telecaribe. Shakira would win the contest consecutively for three years.

Of course, from there, with a talent that was very evident, even the executive of Sony Colombia gave the young girl with a unique voice and swaying hips her coveted first contract, which required the recording of three albums.

With an elusive luck at the beginning of her solo adventure, Shakira would have her revenge about five years later, in 1996, when the album “Pies Descalzos”, “¿Dónde estás corazón”, “Estoy aquí” and “Un poco de amor”, among others, began to sound really strong on the radio and the dream of recognition was already a reality for this Colombian, who still has no ceiling in terms of worldwide popularity.

In her next albums, “¿Dónde están los ladrones”, “Servicio de Lavandería”, “Fijación Oral 1”, “Fijación Oral 2”, “Loba” and “Sale el Sol”, Shakira matured and showed the winning artist she is today: more hits, awards, presentations in popular and outstanding events, as in the last World Cup in South Africa where she was the main voice. This added several zeros to her bank account.

But just as the millions come pouring in, many of them also have a solidarity destination: the “Pies Descalzos” Foundation, founded in 1995 by Shakira herself and whose fundamental mission is to help the most disadvantaged children in Colombia and Latin America.

The privilege of meeting your favorite celebrity at concerts

Many people dream of meeting their favourite celebrity and if you are a true fan, you want to meet them as much as possible to feel close to them and that you are somehow part of their world. Some people can actually achieve this.

At concerts, many get the best seats they can afford. The closer they are to the stage, the more likely they are to be seen. Some artists are very interactive with their audience and may let you take pictures or they take time to talk to their fans.

There are also others who pay for a VIP ticket that includes a meet and greet session with the artist. Although very expensive, these opportunities usually include good seats and a guaranteed photo of the two of you at the end.