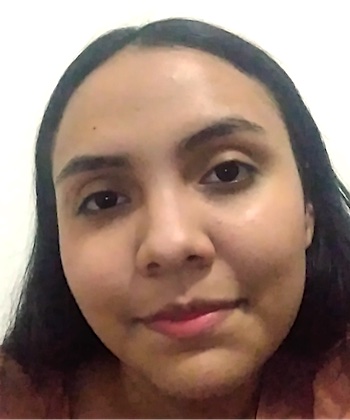 “Hello! My name is Meudis Duno, and I am from Martinique. My goosebump moment was when I was eleven years old and I went to a Justin Bieber concert. I was a really huge fan of Justin Bieber’s at that age and my parents gave me the tickets as a present for my birthday. I did not expect this gift because it was really expensive at that time but my parents surprised me with this gift and I was really excited. Days later I went to the concert with my dad and I met a lot of people, a lot of people with good vibes, a lot of people that liked the same things that I liked. When Justin Bieber came out I did not believe it was him, I was really shocked and it was a really surreal experience for me. But I really enjoyed that moment and yeah, that was my goosebump moment. Thank you for listening.”

Due to the immense number of albums sold during his professional career, Justin Bieber has become one of the best-selling music artists in history.

It was in June 2010 that he started his second music tour to promote My World and My World 2.0. This series of concerts made up of 140 presentations began in the city of Hartford, Connecticut.

Tickets in the cities of Sydney and Melbourne sold out in seconds. For its part, in São Paulo, in just 12 hours 70% of the 70,000 tickets that went on sale had already been sold out. Because of the sales success, an extra date was added in the city and also in Rio de Janeiro. In Chile the most expensive tickets sold out in just one hour.

A month later that same year, it was reported that he was the most searched celebrity on the Internet and his music video “Baby” was the most viewed on YouTube.

Who is Justin Bieber?

Discovered by manager Scooter Brown, thanks to a YouTube video his mother recorded during his performance at a young talent contest, Justin Bieber has become one of the most followed, popular and controversial people in the music industry and entertainment.

Born in Canada, he was discovered when he was just 13 years old. The first stage of his career, not highly appreciated musically despite having the invaluable support of Usher, was spent as a child idol, arousing the fury of his unconditional fans, mainly girls, known as beliebers.

After turning 18, in his transition stage towards a more adult image, Justin wanted to break with his past as an angelic child and began to misbehave, grabbing headlines for his frequent problems with the law, his fights, one of them in Ibiza and with actor Orlando Bloom, and for his rudeness to the press.

In 2015, the singer decided to take a turn, release a more adult album with a more careful production, Purpose, and sell a more attractive image in every way.

His new look was mainly based on extra-long t-shirts and oversize garments, which gave him an appearance halfway between rapper aesthetics, sportswear and the teenage universe, and brought him closer to other pop and fashion stars such as Kanye West or Justin Timberlake.

With millions of followers on Twitter and Instagram, Forbes magazine has recognized him as one of the richest young people in the world with incomes exceeding 80 million dollars. Although he assures that fame makes his personal life difficult, throughout his career he has been related to other teenage idols, such as Selena Gomez, and models such as Hailey Baldwin, Alec Baldwin’s niece, with whom he finally got engaged in 2018.

Both married in private and sealed their union publicly with a joint cover in the February issue of Vogue USA. A year after the first, they would celebrate a great church wedding.

The pop idol has been immersed in a large number of scandals, such as rudeness to his fans, cleaning the floor with the Argentine flag, praying in the wrong temple in Japan, writing racist jokes on the networks and abandoning an interview in Spain and a concert in Oslo.

However, the Canadian is a figure as loved as he is hated, since he has shown solidarity.

In 2013, the singer traveled to the Philippines to live with children who suffered the ravages of Typhoon Haiyan. In addition, he donated 500 thousand dollars to the Philam Foundation, an association that helped the victims, and offered a free concert.

He also auctioned off his 2011 Ferrari 458 Italia along with tickets to his concert and backstage passes; the winning bid was $434,500, which he donated in full to charity.

And the story does not stop here: in March 2017, Bieber donated 24 thousand dollars for those affected by the rains, landslides and floods that Peru suffered. In July of the same year, he took advantage of a visit to California to surprise the patients of the Orange County hospital, where he congratulated the medical staff and surprised the patients in the paediatric area with his presence.

Although his name is associated with multiple controversies, his altruism has seemed genuine.